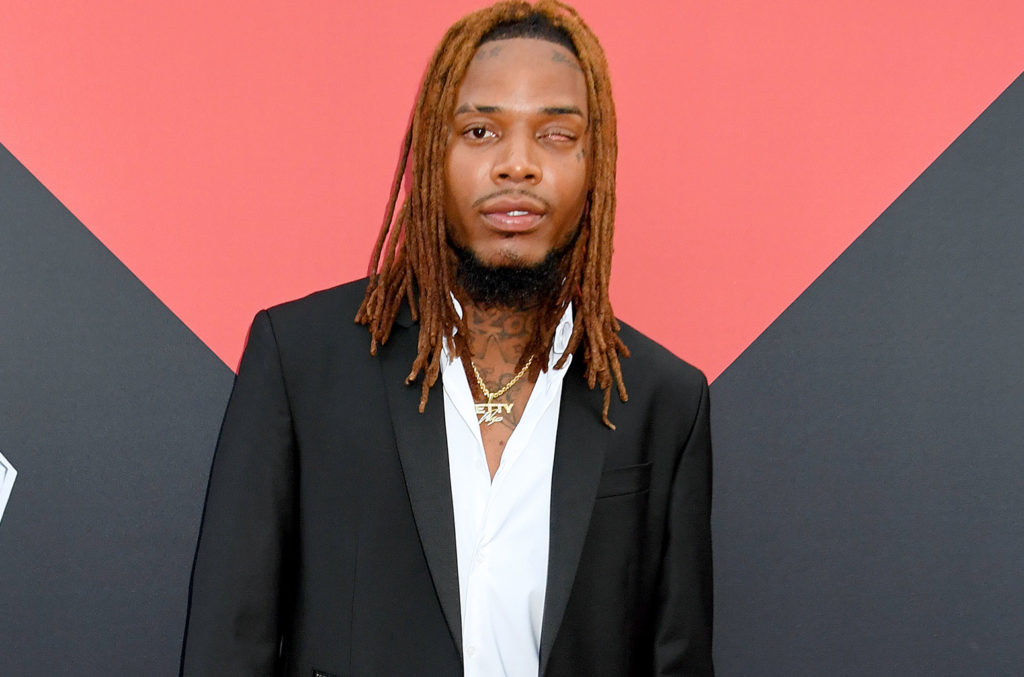 Fetty Wap, the rapper born as Willie Maxwell on June 7, 1991, and raised in Paterson, New Jersey, was born with congenital glaucoma in both eyes and led to the doctor being unable to save his left eye. Fetty had to get his left eye socket fitted with an ocular prosthesis. The vacant space where his left eyeball used to be is bloodshot when he lifts his eyelid. The music of Fetty Wap had its origin in 2013, starting as a rapper and later singing as well.

He was nicknamed “Fetty,” which is known as being slang for money because he was known for making money. The “Wap” portion of his stage name was added in tribute to Gucci Mane’s alias, “Guwop.” But how did Fetty Wap take this name of his and make it one that millions of people would become aware of?

Coming Up in New Jersey

Childhood was a tough time for Fetty Wap because classmates were constantly making fun of his missing eye, provoking him to fight, once even throwing a desk at another child. But Fetty Wap gradually became more comfortable with his disability, even deciding one day to remove his prosthetic eye. He has grown a thicker skin, especially after his hit “Trap Queen,” a crack house love story.

Wap first started performing while banging the drums in the band at his childhood apostolic church in Paterson, New Jersey – called Solomon’s Temple. His musical family included his dad, who played keyboards, his brother that took up the bass, and his uncle that was a lead drummer, who was the one who made him practice diligently. But drumming slowed down when Fetty Wap’s high school band playing was affected by him getting into another fight and broke his hand.

Fetty dropped out of high school and ended up selling drugs, at one point, becoming almost homeless, sleeping on friends’ floors.

“The Explosion of “Trap Queen”

Fetty Wap’s song “Trap Queen” Once he and his long-time friend Monty – who has been featured on several of Wap’s songs – began rapping, they began taking music really seriously. Rap appeared to be an escape route from their tough circumstances. They searched for beats on a site called SoundClick, rapping demos over instrumentals they found there:

How did Fetty Wap come across the beat for Trap Queen? It actually happened online, crafted by an unknown Belarusian producer named Tony Fadd, who posted it on his website. Fadd doesn’t speak much English, but they were able to work out a royalty-sharing agreement. Wap brought the beat to a New Jersey producer named Brian “Peoples” Garcia, adjusted it, and created Trap Queen.

It was a snowy day in December 2013 when Fetty Wap first played it to his friend Monty, in the unfurnished Paterson apartment they shared, with Fetty proclaiming:

“This gon’ be the one that’s gonna get us where we need to be at.”

Monty agreed, and an affiliate of theirs named Nitt Da Gritt, who runs the independent label, RGF Productions, that Fetty Wap and Monty started out on. The name RGF means “Real Good Fellas” or “Rich Good Fellas,” which really saw the huge potential of it. In fact, the original title was “What’s Up Hello,” but Gritt made the decision to call it “Trap Queen.”

Wap had an obsession with the song, perfecting his combination of singing and rapping until recording it in March of 2014. “Trap Queen” was able to garner radio play in New York and received its biggest boost when it got noticed by a new record label – 300 – co-founded by a crew of Warner Music Group alumni like Lyor Cohen, a previous early days Def Jam executive. The label saw the track making traction online and set up a meeting with Fetty Wap. 300’s Todd Moscowitz told him:

“I know you’re already rich, but if you give me a chance, I’m gonna make you a lot richer.'”

Trap Queen by Fetty Wap almost single-handedly launched the record company 300, as well as Fetty Wap’s finances. The lyrics tell the story of an ex-girlfriend who is willing to do anything for him, with an Auto-Tuned melody and sweet meets street story with drug metaphor lines like:

When “Trap Queen” blew up, the question remained, would Fetty Wap be just another one-hit wonder? But he put all that noise to rest as soon as he followed up with a pair of top 10 Billboard hits, “679” and “My Way,” with three more songs taking chart positions as well.

Fetty went from passing out free copies of his tracks outside the 2014 BET Awards in Los Angeles to getting the chance to close out the 2015 incarnation of the show on stage the following year. Taylor Swift even brought him onstage at her Seattle concert, and the pair performed “Trap Queen” together. This was definitely much different than grinding it out on friend’s floors in Jersey.

After Fetty Wap’s commercial debut hit single, “Trap Queen,” was released in early 2014 and finally gained its major recognition in mid-November 2014, it became a platinum record, and over 130 million plays on SoundCloud. This was the same month that Fetty Wap secured a recording contract with 300 Entertainment, the music imprint founded by Lyor Cohen, Kevin Liles, Roger Gold, and Todd Moscowitz, and with the distribution support of Atlantic Records.

First came his debut mixtape, Fetty Wap: The Mixtape, and in June 2015, Wap was included in XXL’s 2015 Freshman Class. Wap released his second single “679,” with its music video premiering on YouTube in May. Wap’s next single, “My Way,” became his second top 10 entry on the Billboard Hot 100, getting so big that superstar Drake remixed “My Way,” creating the version popularized on the radio – pushing “679” to reach the Hot 100 top 10, peaking at number four on the Billboard charts.

There was a very special week in 2015 for Fetty Wap – the week of July 26, 2015, to August 1, 2015 – that marked Fetty Wap exploding to the point that he was reaching Billboard placements that were typical of artists like Eminem and Lil Wayne, becoming the first male rapper with three new songs occupying the top 20 spots on the Billboard Hot 100 chart since Eminem made the same thing happen back in 2013.

Fetty Wap didn’t stop there; he became the first male rapper in four years to have concurrent singles hit the top 10 of the same charts since Lil Wayne in 2011. Then with Fetty’s fourth single “Again,” lightning struck again when he became the first act in the Hot Rap Songs chart’s 26-year history of that chart to have all of his first four entries in the top 10 simultaneously. These numbers and records are enough to make your head spin, especially because the music records themselves were spinning like crazy digitally and on mainstream radio stations.

Now it was time to play ball with the pros and prove that he had more than catchy singles and that Fetty could bring the goods with an entire full-length studio album and not another mixtape. Fetty did just that with his debut Fetty Wap that was finally released to the masses on September 25, 2015, debuting at number one on the US Billboard 200. This was Wap running on all cylinders, with all forward momentum as he revved up his engine to run laps around the competition.

Many artists would probably rest on their laurels and milk such a strong album for all it is worth, but this definitely wasn’t the plan that Wap was looking to execute. He subsequently released two more mixtapes for streaming only. There was Coke Zoo in collaboration with French Montana and ZOO 16: The Mixtape with Zoo Gang. Now the streets were watching, the radio was watching, and even the Grammy Awards were watching, with Fetty Wap getting two nominations at the 58th Grammy Awards.

Fetty Wap had a hot new single titled “Jimmy Choo” on February 5, 2016, and on April 26, 2016, the announcement was made that Fetty Wap would be getting his own mobile racing game available for users to engage with on smartphones, tablet, and Apple TV that users could engage with within a week. The game was an offshoot of the mobile street racing game Nitro Nation Stories, offering a multiplayer experience with car customization, and different storylines. It even partnered with real automotive companies like BMW, Nissan, and Cadillac.

Wap started to spread his style out even more by being featured on the Fifth Harmony 2016 single “All in My Head (Flex),” before releasing his single “Wake Up” in April 2016 and the music video for the song that was being infamously filmed at his old Eastside High School that he dropped out of. “Wake Up” was followed up with his single “Make You Feel Good” in August 2016, and a 19-track mixtape titled Zoovier on November 21, 2016. To end 2016 with a bang, Fetty’s song “Like a Star” featured Nicki Minaj in December 2016.

At 1:20 AM on November 2, 2017, Wap was arrested after being pulled over on a Brooklyn highway. He was subsequently charged with reckless endangerment, drunk driving, aggravated unlicensed operation of a motor vehicle, illegally changing lanes, and drag racing.

Along his music career, Fetty Wap was featured by and collaborated with artists including Chris Brown, the Remy Boyz, and Post Malone, and although he hasn’t collabbed with them, Rihanna has mentioned how much she likes his music, and he was seen wearing Kanye West’s shoes when he first released them.

Fetty Wap’s brand of singing and rapping that he has called “ignorant R&B” isn’t the only distinctive element to his flavor. Fetty Wap proudly wears the flag of Haiti in honor of his daughter’s late grandmother and states that he has been heavily influenced by Haitian culture. In an interview with CivilTV, he said that he:

“Fell in love with the culture; people don’t know what Haiti means to me.”

As far as Fetty’s personal life, he is the father of five children: Aydin Zoovier was born in 2011 with childhood girlfriend Ariel Reese, Eliza “ZaZa” Zaviera was born in 2015 with Lehzae Zeona, Khari was born in 2016 with Love & Hip Hop: Hollywood star Masika Kalysha, and Lauren was born in 2017 with exotic dancer Turquoise Miami. Lezhae Zeona also gave birth to her second child with Fetty in 2018, a boy named Zy.

Fetty Wap appeared on the third season on VH1’s Love & Hip Hop: Hollywood, with a storyline that dealt with his strained relationship with Masika Kalysha. He followed the show over to the East Coast when he also appeared on the ninth season of Love & Hip Hop: New York with another messed relationship at the forefront of his appearance on the program, this time with Alexis Skyy.

Although it may appear that love and hip hop didn’t go together very well for Fetty Wap, he broke past the public perception of himself in September 2019 when he privately married model Leandra K. Gonzalez.

With still only one studio album to speak of from back in 2015, what has the New Jersey rapper Fetty Wap been up to in 2020? He released his Trap & B mixtape on Valentine’s Day. Whether or not there is another album on the way is yet to be seen.