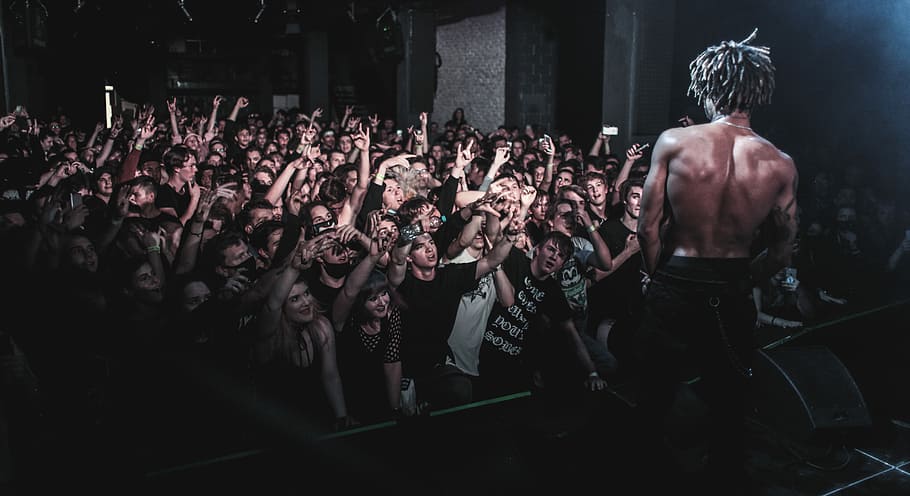 Rap has a ton of subgenres that each have their own unique features. Mumble rap or SoundCloud rap is music that originated on the Sound Cloud Platform. It has a stylistic feature of using less lyrics, using repetition, and focusing more on the flow of the music. It is sometimes criticized by the public and other rappers for not having meaningful lyrics, but others seem to enjoy it, because some of these songs have become big hit. Some of the recent mumble rap songs include Migos, Lil Pump, Young Thug, and many others. There are hundreds of mumble rap songs so these top 10 most popular mumble rap songs are just scratching the surface.

The song Gucci Gang was released by Lil Pump in 2017 on his album Gucci Gang. This was Lil Pump’s first big hit. It peaked on the billboard at spot number 3, and was on the charts for a grand total of 24 weeks. It as actually a very short song at 2 minutes and 4 seconds, but it packs a punch. With a very catchy tune and lyrics, you will have “gucci gang” stuck in your head for days, and you will not even be mad about it. With this, it is totally understandable why it has one of the top 10 spots for mumble rap songs.

This was the featured song on Migos’ album Bad and Bougie in 2016. This song is all bout how his woman is bad and boujee. A pretty good mix, if you ask me. This song won the BET Award for best collaboration. The collaboration between these two popular mumble rappers was a stroke of genius. It includes a lot of repetition and a sick beat. The music video also matches the song perfectly and really adds a visual to the song.

F**k Up Some Commas by Future

Future knew what he was doing when he created this song. This song includes something very unique to a rap song, piano. The piano adds interest and catches your attention. It also has good build up and a beat drop that gets you pumped while you are listening. This is one of the most popular songs and has won many awards. The awards presented by BET include Hip Hop Award for People’s Champ, Hip Hop Award for Best Single of the Year, and Hip Hop Award for Best Banger. Clearly it spoke to people, and it continues to be a people’s favorite.

Bad and Boujee was not Lil Uzi’s only hit in 2016. Money Longer with it climbing the Hot R&B/ Hip-hop songs billboards ratings reached a very respectable peak of 15th and is certified platinum 2 times. The song is loaded with base and is perfect for dancing. The music video was also a selling feature for this song. It included a lot of green screen moments, with a dancing alien. The song is really letting his fans into a sneak peek of his life. It explains how his life has changed since getting fame and has since become a savage.

Future is often recognized as the father of mumble rapping. The story line of this song makes you really get in the artist’s corner and makes you feel and get invested in the song. It is all bout flexing on your ex that told you that you would amount to nothing. Now you are better than ever, with everything you or your ex could ever want. This is the ultimate song for the breakup that you were a little salty about, and now know just what they are missing out on. Not only is this song super relatable, it also peaked at number seven on the billboard December 10. 2016, and was on there for 26 weeks.

Trap Queen at first glance definitely sounds like a rap song, but the truth is that it has become a sensation for any audience. With it reaching number 2 on the billboards it was played on pop radio channels, where it reached a new and large audience. It introduces mumble rap music and trap music to a while new set of people. It is really catchy, has the theme of a strong woman by his side, with a dash of drugs and money.

This was one of Gucci Mane’s first singles that he released. ‘Lemonade’ has prominent piano and children singing in the background to emphasize the lemonade, like children having a lemonade stand. Back in 2009 the song was nominated for the BET Hip Hop Award for People’s Champ. It also peaked at number 8 on the Billboard’s hot 100 songs and was on the charts for 17 weeks. It was a very popular song then, and continues to be a song that people return to for that nostalgic feeling.

Behind the fog and the changes in pace, there is a rap love song. It is all about the goosebumps he feels when he is around or thinks about his woman. It only peaked at number 16, which seems underrated considering how unique the song is.

‘Pillz’ is chocked up to be a very repetitive narrative. Although from 2008, it is a great example of quality, early mumble rap. AS Gucci Mane was one of the original mumble rappers, it this song and others like it have had a great influence on the mumble rap heard today.

Mixtapes are not a lost art form according to Young Thug. This song really portrays his emotions and feelings. This album that the song is on mixes the genres of rap, hip-hop, and gospel. The song peaked at number 10 on the Billboard top one hundred. A lot of the songs popularity of this song was based on streaming alone, which was really impressive for the time.

Don’t get us wrong, we couldn’t add all the greats to this list. Others that deserve recognition include Lil Yachty, Playboi Carti, Drake, Trippie, Chief Keef, Eminem, Rich Homie Quan, and so many more.  Although controversial, mumble rap is here to stay at least for now. Its catchy lyrics, and major bops really resonate with its audience and keeps them coming back for more. Real music is truly anything that brings joy to people, so mumble rap should really be respected. Most of these songs have been in the top 10 of the Billboards hot 100, so they are clearly a piece of art.