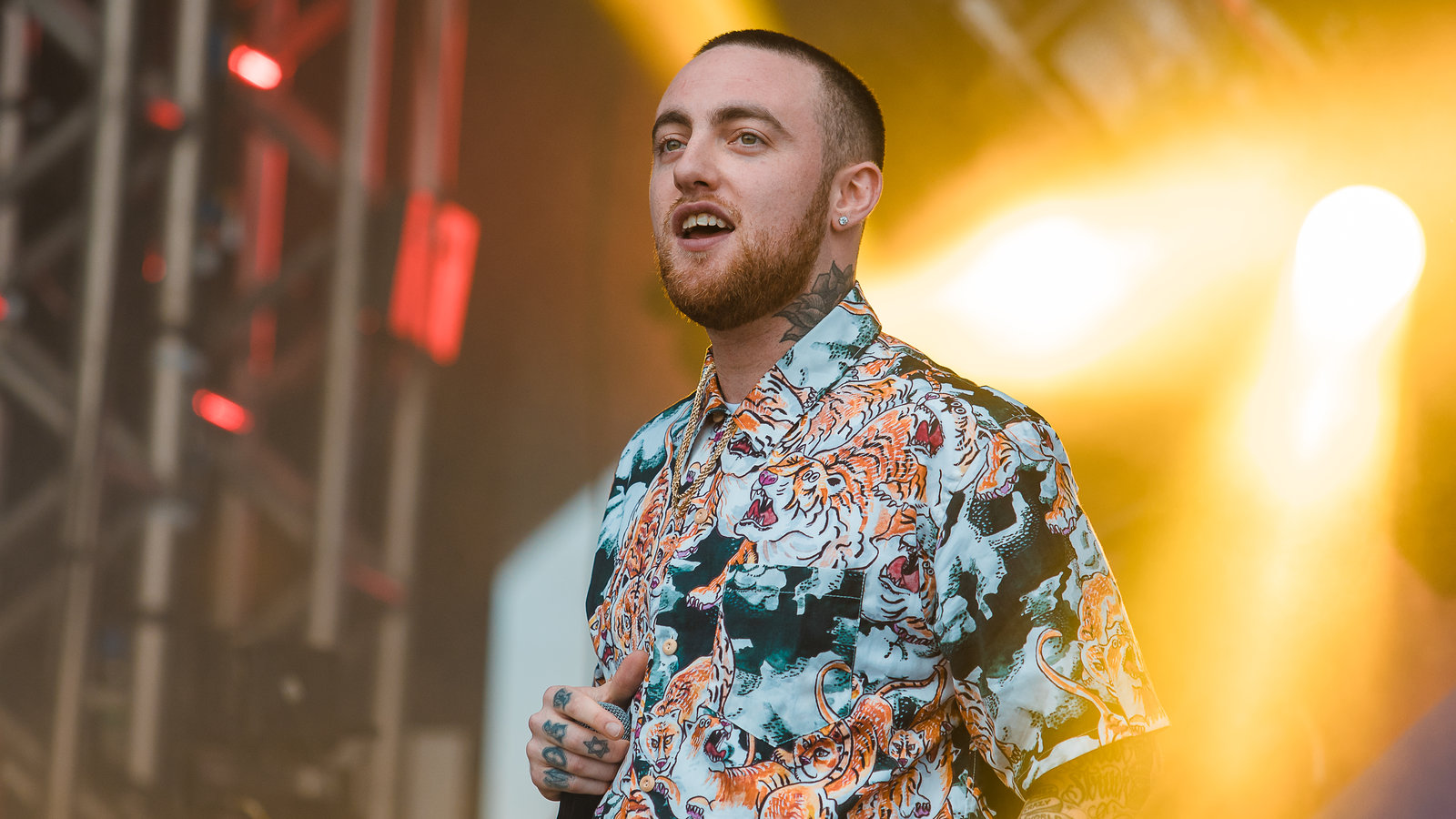 Malcolm James McCormick, who performed under the name Mac Miller, was an American rapper and producer, born in the Point Breeze neighborhood of Pittsburgh, Pennsylvania on January 19, 1992. He passed away at the age of 26 in Los Angeles, California.

Mac Miller was the son of photographer Karen Meyers who is Jewish and architect Mark McCormick who is Christian, and had an older brother, Miller.

Miller was a self-taught musician who by the age of six was playing piano, guitar, drums, and bass. His urge to rap came along when he was 14 and started making strides towards his rap career in high school stating:

“Once I hit 15, I got real serious about it and it changed my life completely … I used to be into sports, play all the sports, go to all the high school parties. But once I found out hip-hop is almost like a job, that’s all I did.”

Before Mac Miller his rap moniker was originally ‘Easy Mac’ (often stylized as EZ Mac) and he put out the mixtape But My Mackin’ Ain’t Easy in 2007 when he was 15. Two years later in 2009, he became Mac Miller, and released a pair of mixtapes: The Jukebox: Prelude to Class Clown and The High Life.

Miller won 21 & Under of the Year, and Best Hip Hop Video for “Live Free at the 2010 Pittsburgh Hip Hop Awards.

Mac Miller eventually left Rostrum Records in January of 2014, becoming an independent artist, then creating his own label called “REMember Music” through Warner Bros Records in October of 2014. The reason Miller capitalized ‘REM’ in “REMember Music” was in order for it to serve as a tribute to his friend Reuben Eli Mitrani, who tragically died young at the age of 20. The label mostly focused on Pittsburgh artists and releases from Miller’s alter-egos.

Mac Miller had multiple career highlights during his prolific yet short 26 years of living:

On September 7th, 2018, the horrible news of Mac Miller dieing at the young age of 26 in his San Fernando Valley home due to an apparent drug overdose from a “mixed drug toxicity” of fentanyl, cocaine, and alcohol rang out loud and clear in the media. Mac Miller was open about his struggles drug addiction and drug abuse. They manifested themselves as constant themes in his music from time to time.

Mac Miller also struggled with stress and depression.  Prior to his death, Miller’s relationship with pop singer Ariana Grande had ended, after they had been together from August 2016 to May 2018.

A vigil for Mac Miller on September 11, 2018 at Pittsburgh’s Blue Slide Park attracted thousands of loyal supporters. This location was the same Blue Slide Park that inspired Miller’s debut album title, and it continues to be a place of remembrance.

There was also a tribute concert called Mac Miller: A Celebration of Life, that followed the next month on Halloween 2018 in Los Angeles. Friends and collaborators not only showed up but also performed or provided personal messages at the concert about their love for Mac Miller. Proceeds raised benefited the newly established Mac Miller Circles Fund, an organization that focuses on supporting youth arts and community-building programs in his memory.

The Mac Miller Circles Fund charity raised over $700,000 by January 2019 and in May 2019, the renamed Mac Miller Fund began offering its very first grants, such as $50,000 to MusiCares, used to establish their Mac Miller Legacy Fund to assist young musicians coping with substance abuse issues.