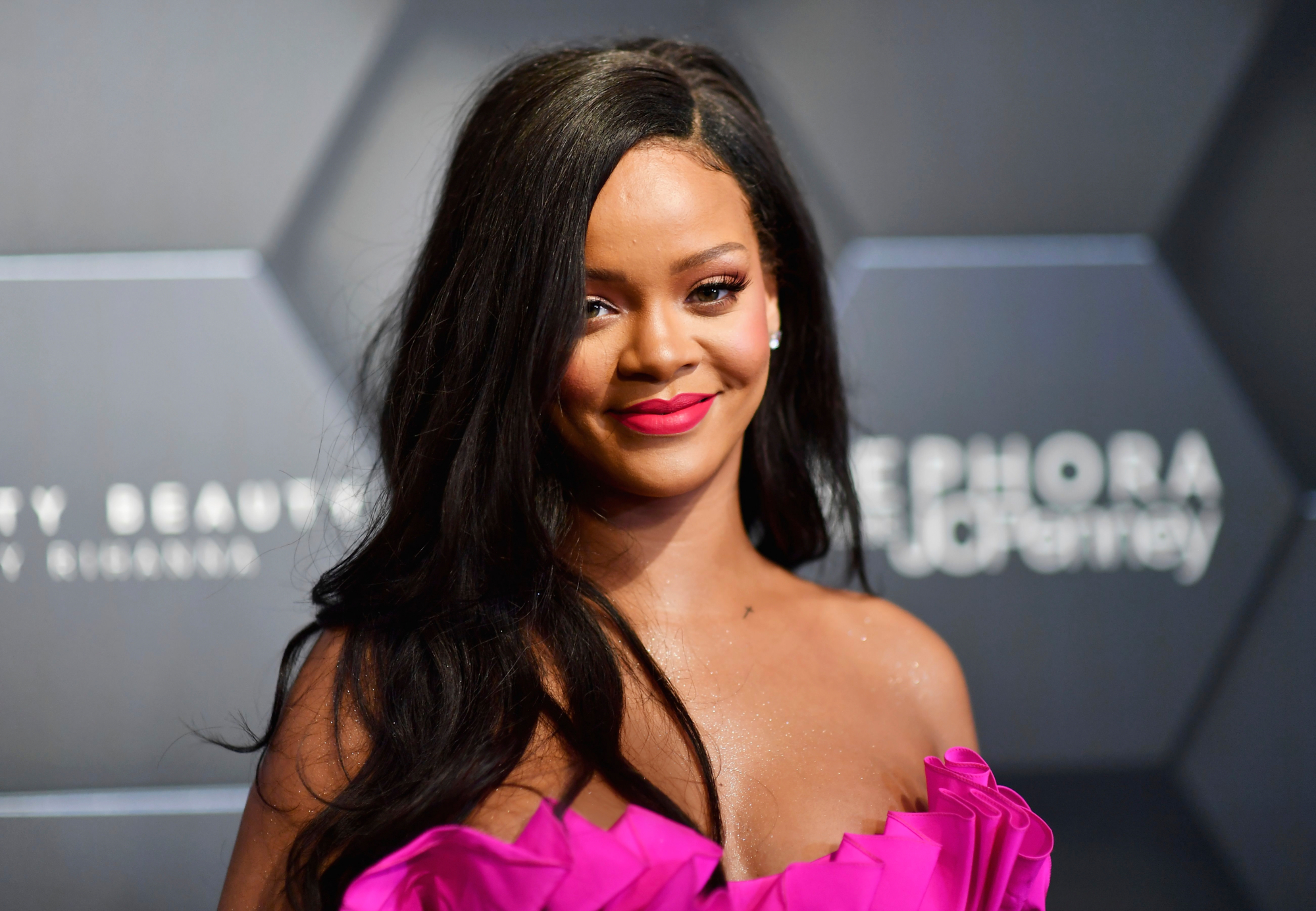 Rihanna has been around for over a decade creating music and becoming one of the biggest names in the pop world. Not only is she famous within the music industry, but she also has a wider personality-driven fan base that will keep her around for years to come.

Robyn Rihanna Fenty was born February 20, 1988, in St. Michael, Barbados and was raised in Bridgetown. She eventually moved to the United States in 2005 where she saw success pretty much instantaneously.

Now with sales of 250 million worldwide the singer is not only a pop icon, but she is also a sex symbol and owns her own popular lingerie line that sells out of stores worldwide. It hasn’t always been easy for the star and influencer.

After a notoriously tumultuous relationship with fellow singer/songwriter Chris Brown, she found needs to recreate herself again into a strong and independent woman who makes art for other strong women.

Growing up in Barbados made a huge impact on Fenty’s music. The daughter of an accountant and a warehouse supervisor, Fenty became the breadwinner when she blew up in the United States.

To say she had humble beginnings was an understatement, having been a victim to her father’s cocaine and alcohol abuse, she had to find an outlet to express herself. She did that by creating art and music. She also found solace and structure in her Military Academy schooling where she became an army cadet with fellow singer drill sergeant Shontelle.

When she was a teenager, she formed a girl group with some of her classmates and she was discovered by a record producer from America named Evan Rogers. Rogers asked Fenty and her classmates to give a performance and they went over to his hotel room to do so. Rogers told Entertainment Weekly that “the minute Rihanna walked into the room, it was like the other two girls didn’t exist. She carried herself like a star even when she was 15. But the killer was when she opened her mouth to sing [Destiny’s Child’s cover of ‘Emotion’]. She was a little rough around the edges, but she had this edge to her voice.”

After that, Rogers shuttled Fenty and her mother from Barbados to Connecticut to hone in on her talents, tighten them up and use them to her advantage. Fenty never looked back telling Entertainment Weekly at the time that she wanted to come to America and become a real star. In 2005, after tightening up the production with Rihanna’s first EP, he began shopping it around to different labels, finally landing a deal with Def Jam. Fenty caught the eye of popular hip hop artist and owner to the label Jay Z and became his immediate protege.

While landing a huge deal with Def Jam, should’ve been one of the happiest times in Rihanna’s life, it did come with a few drawbacks. Gossip columnists began to speculate on her relationship with Jay Z and wonder if there was something romantic at the root of their business partnership. She told Entertainment Weekly, ”They said, ‘Oh, she must’ve slept with Jay-Z to get her deal.’ That’s where I first heard it. They talk shit about me all the time.” She states that nothing happened between them and it was just speculation.

“Good Girl Gone Bad” received huge success and got critical acclaim. Jay Z told Entertainment Weekly at the time, ”She’s found her voice. That’s the best thing for any label — to have an artist step in and take control of their own career. She’s left the nest. ”She’s found her voice. The biggest advice I can give her is to keep her circle tight because she can’t control anything else outside of that,” he says. ”She can’t control people’s opinion of her records or what’s being said on the blogs…. But if she has the proper friends, she won’t get caught up in the wild-child lifestyle. They will bring her back and be like, ‘You might wanna pull your skirt down.”’

After “Good Girl Gone Bad,” Fenty was given the opportunity to move outside of Rogers home and get an apartment of her very own in Los Angeles where she could live and work among some of the biggest names in the game. Rihanna got into dubstep and rock music. She performed with Kanye West, N.E.R.D. and Lupe Fiasco that same year rising further in the public eye.

Fenty became a powerhouse with her “Rated R” and “Loud” albums selling out arena tours worldwide. But she didn’t get a chance to enjoy that success when her toxic relationship with Chris Brown made headlines after her scheduled performance at the 51st-Annual Grammy Awards was canceled due to an incident. To distance herself from the drama to focus more on her talents, she was featured in Jay Z’s “Run the Town” a few months later.

Fenty used her outlet to showcase her traumatic year with two consecutive albums. “Talk that Talk” and “Unapologetic” also skyrocketed the singer to new heights when they were released in 2011 and 2012. Her lead single “Diamonds” reached number 1 on the charts not only in the United States but throughout 20 different countries.

In February of 2013 during the 55th Grammy Awards, Fenty won her very first Grammy for her music video “We Found Love.” Later that year, Rihanna was featured in Seth Rogen’s comedy film “This is the End” where she got her first taste of the acting business and got to slap actor Michael Cera in the face.

Focusing on Her Works

Over the past few years, Rihanna has focused many of her efforts on one of her biggest passions, creating an environment where women feel included in the art of lingerie. Her inclusive line includes a bunch of plus-size options and is very accessible to women of all walks of life.

For example, she signed a contract with Samsung in 2014 that earned her 25 million dollars. She also started work on her eighth studio album that featured the song “FourFiveSeconds” which featured Paul McCartney and Kanye West.

In 2017, Fenty worked alongside Kendrick Lamar for his single, “Loyalty” which caught the attention of the Grammys yet again. During the 60th Grammy Awards, the singer won her ninth Grammy award for guest starring on the Lamar track.

Fenty began work on her ninth studio album in 2017, and it was set to feature an array of various artists. Shakira was set to be featured on the album and said what she and Fenty were working on was going to be insane.

Unfortunately, Rihanna announced that she was withholding the release of her ninth album even though it was in its final phase of completion. However in 2020, the public heard from Rihanna again with a feature on the PartyNextDoor song, “Believe it.”

A lot has been said about Fenty’s mezzo-soprano voice but she is professionally trained. While recording “Good Girl Gone Bad” she was trained by singer/songwriter Ne Yo. Before her training with Ne Yo, the artist claims that she never had lessons before. She told MTV, “ I’ve never had vocal training, so when I’m in the studio, he’ll tell me how to breathe and stuff. And I’m like, ‘What?’ Like he’ll call out these big fancy words: ‘OK, I want you to do staccato.’ And I’m like, ‘OK, I don’t know what that is.’ “

But the training has paid off. Rihanna is one of the most popular artists in the world and has every right to be. With her inclusive-eye and vision in music, she touches a lot of people through the power of her art.

While recording “Bitch Better Have My Money,” Rihanna scoured her Instagram and found one of her henchmen to star in her video. Sanam who at the time was a 25-year-old art student from Desi got a message from the star. Sanam told VICE, “I got a DM from her on Instagram ‘Hey, I have this idea I want to run by you. I think you’re so fucking rare. Let me know if you’re interested.’ I had no idea what she was talking about. I was just freaking out, because Rihanna is messaging me on Instagram, telling me that she thinks I’m cool.”

After her interaction with Fenty, Sanam says she was flown out to Los Angeles to begin filming within 48 hours. She says the whole entire experience made me feel more confident as a female artist who has decided to share her work with the public.

“It’s hard to make art when you’re a woman,” she told VICE, “ but especially a woman of color, just because it’s not respected in the same way as a white male artist’s work. It’s really hard to feel empowered sometimes. Being in the video, I feel like that’s given me a little bit more of a platform to talk about that kind of stuff.”

Fenty states that her upbringing really enabled her to get heavily involved with music. Due to her dad’s drinking and drug abuse she had to find ways to escape. She says when she moved to the United States she was expected to be a pop artist but really started to enjoy rock music. Her love of rock music does sometimes reflect in her own sound.

A few years ago, the band Korn did a remix to the song “Bitch Better Have My Money” that received acclaim in various magazines.

In listening to Rihanna it is very apparent that she is influenced by some of the biggest stars on the planet. For example, Fenty claims Rihanna is a huge inspiration to her and also tries to incorporate that influence into her work as well. Claiming that Madonna is her biggest influence, she says you can even hear that in her earlier work.

Considering she is from Barbados, it is safe to say that reggae and Bob Marley are also some of her influences. More of the star’s influences are Lil Kim, Fefe Dobson, Alicia Keys, Prince, Brandy and of course, Destiny’s Child.

Overtime Fenty’s public persona has changed drastically but one thing has always stayed the same, her love of women and being black. She has a reputation of being very inclusive and friendly. Magazines used to consider Rihanna very cookie cutter and borderline on the fridge of being teen Disney worthy.

Instead of letting her public image take over and getting exhausted by public expectation, Fenty decided that it was better just to be herself. Her decision has paid off in the end.

She has modeled and been on the cover of various magazines. Additionally, she has worked her way up the ladder and is respected not only in the hip hop but pop world. Also, she has starred in blockbuster films like Oceans 8 where she stars alongside Sandra Bullock, Cate Blanchett, and Anne Hathaway.

Since Rihanna is one of the biggest stars, fashion icons, and moguls to date, she is not going anywhere any time soon. Now she, fortunately, gets to take the time to create art that she is proud of and be a part of projects that bring her passion which is a dream just about everyone strives for.

Rihanna made her dream a reality when she decided to perform a Destiny’s Child song in the hotel room of someone that could help bring her superstardom. Being one of the most sought after faces in music is going to keep this star around for years to come.