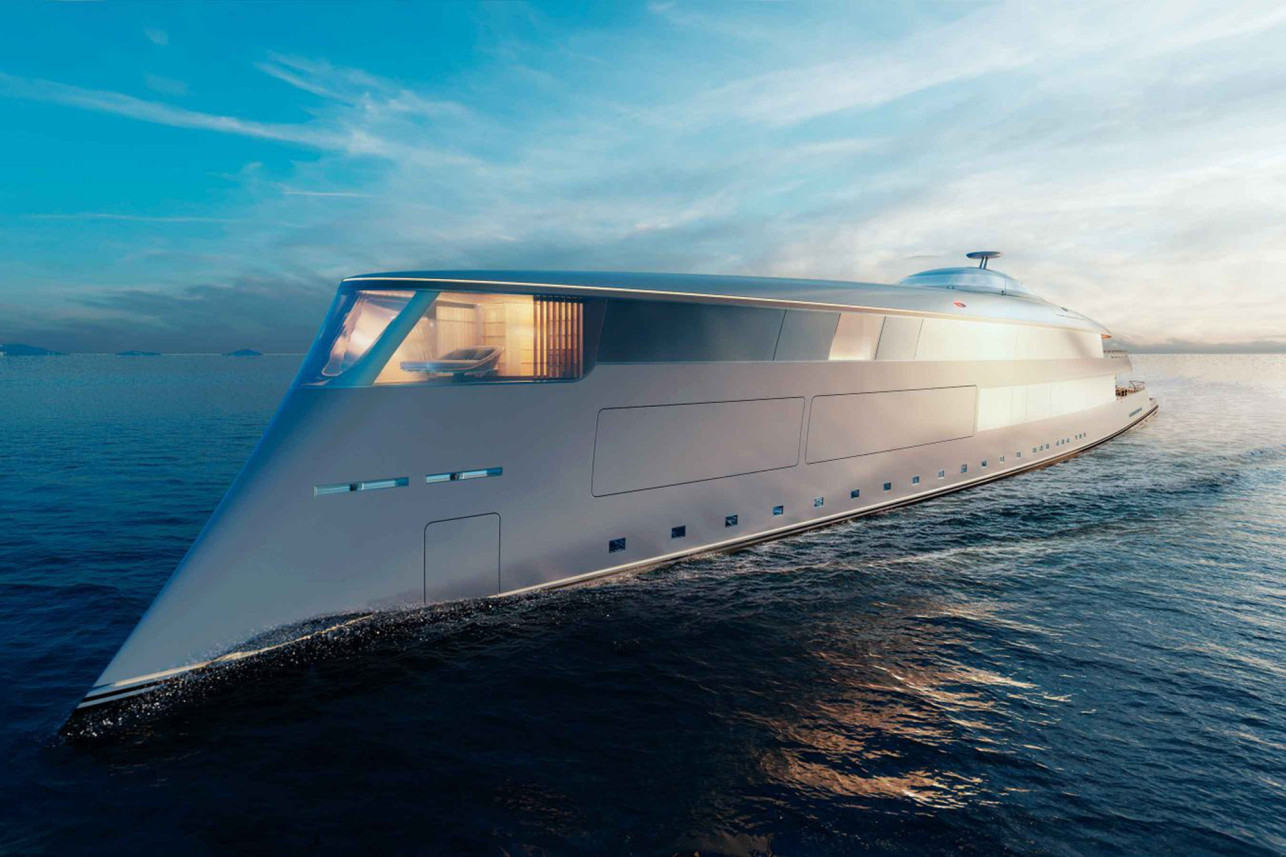 Bill Gates has pledged to order the world’s first hydrogen-powered super yacht. This $644 million super yacht is an environmentally friendly giant and is said to have its own infinity pool, helipad, spa, and gym.

‘The yacht is an impressive 370-foot luxury designed by the Dutch marine architects, Sinot. They named it ‘Aqua,’ the Telegraph reports.

Aqua will be powered by two 28-ton vacuum-sealed tanks cooled to -423 degrees Fahrenheit and filled with liquid hydrogen – only emitting water. It’ll be able to reach a top speed of 17 knots with the capability to cross the Atlantic Ocean.

It is not the largest yacht in the world but it can more than comfortably house 14 guests and 31 crew members.

The gym on board is fully equipped and has a yoga studio, beauty room, massage parlor and, of course an infinity pool to top off the luxury experience.

Not only are there luxurious bedrooms; there are outdoor lounges, a giant spiral staircase and an amazing observation room.

Gates wanted to be the first person to put a claim on Aqua to signal is backing for new, clean technology that can cut carbon emissions.

He has never actually owned a super yacht, despite being a frequent vacationer on them. This was his shot to finally own one he could be proud of.

However, Gates will have to wait a bit longer to achieve this goal seeing as Aqua, the $644 million super yacht, will not be ready until 2024.

For more, keep tuning into raptv.