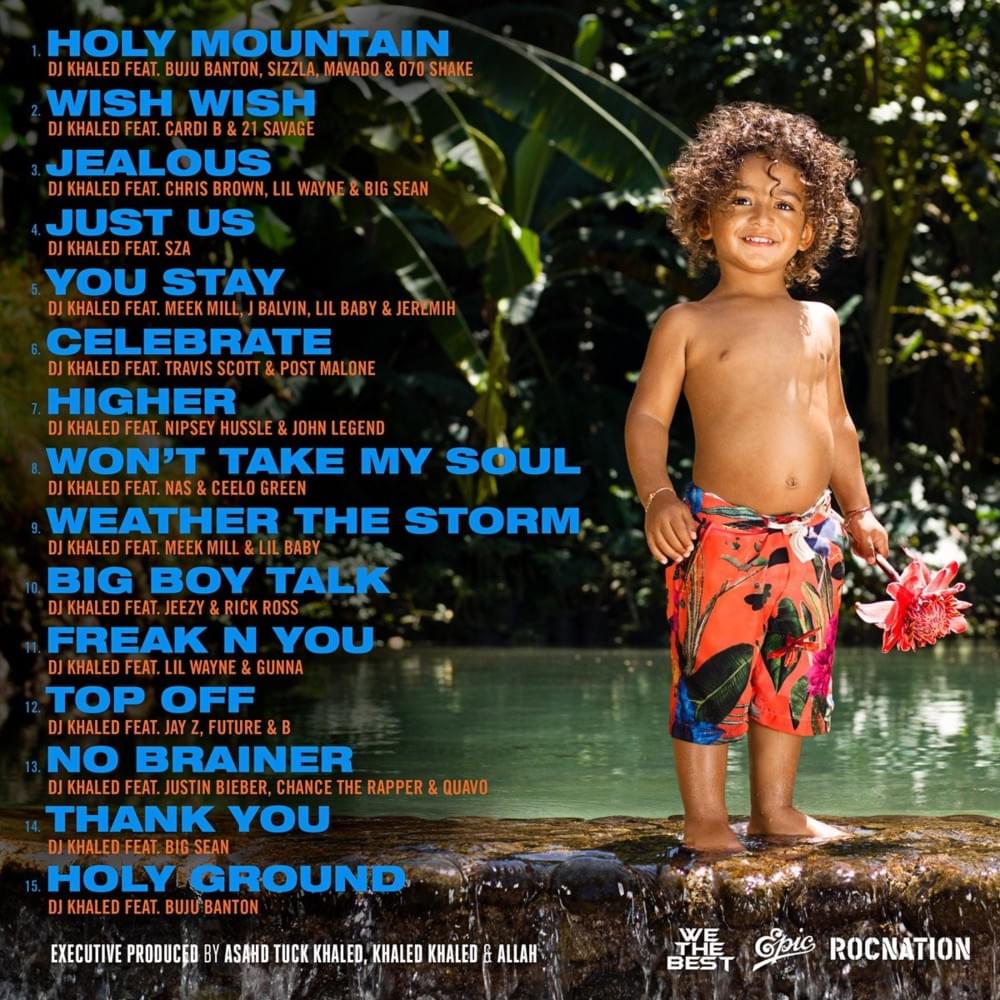 The monster release of DJ Khaled’s Father Of Asahad is causing some backlash because of a single word written at the bottom of the track list artwork. Apparently, Khaled credited Allah as a producer of the album. For those that don’t know, he is a Muslim of Palestinian descent. The credit became an issue when other Muslims noticed it and recognized that using Allah in this way can be construed as haram, or sacrilegious, according to more orthodox interpretations. Beanie Sigel is also a Muslim and has commented before the rap lifestyle goes against the religion. Fans on Twitter had a lot to say on the subject.

On the other hand, DJ Khaled is a passionate person and him naming Allah as a producer was probably a well-intentioned expression of his love for God. While he may not be a strict adherent to Islam, he is culturally Muslim and identifies as such. He may not have been aware that his action would be construed as offensive. Or, he may have felt like only God can judge him and wasn’t concerned with the criticism. Some of the songs on the album like Holy Mountain and Holy Ground allude to a spiritual outlook. Seeing as how the album arrived during the holy month of Ramadan may not sit well with those that see the use of Allah’s name in this instance as misguided. There are many sides to this argument and each seems valid on their own merits. We’ll have to see if this controversy blows over or if folks decide to keep pushing the issue.