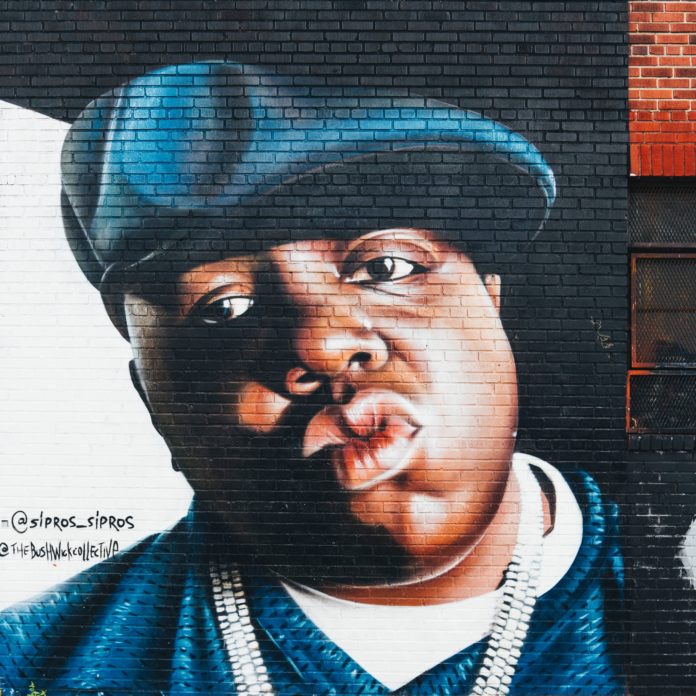 The Hip Hop genre was changed forever by the life of rap legend, Tupac Shakur. Perhaps the zenith of the wild ride that was the Tupac experience was the release of “Hit Em Up,” a single that changed the landscape of hip hop forever. This song was a diss track, insulting a slew of East Coast hip hop stars, including Notorious B.I.G. and Mobb Deep. The accompanying music video portrays impersonations of Biggie, Puff Daddy, Mobb Deep, and associated rapper, Lil’ Kim.

The release created such a whirlwind of reaction that it is one of those moments where the listener remembers when they heard the song for the first time. It is considered the best diss track of all time for its lyrical content and vicious intent. The song is often thought to have set into motion the chain of events that would eventually contribute to the rapper’s murder, which occurred only three months after the song’s release. “Hit ‘Em Up” contains an absurd amount of profanity, using a variation of the four-letter F word at least 35 times throughout the song and its aggression still fuels the listener to this day. For further context, one must reflect upon the then existing hip hop climate.

Shakur had been shot in what he believed to be a setup outside of a recording studio on November 30, 1994. Shakur blamed former friend, Biggie and Puff Daddy of Bad Boy Records, believing that they had put a hit out on him. Shakur was also angry because he believed the Biggie Smalls hit “Who Shot Ya?” was referring to Tupac, despite no direct naming.

The fury this inspired motivated the sheer rage in Tupac’s voice and it carries through the song. Tupac begins the legendary diss track insulting Biggie’s weight and outright referencing the hit, saying, “”Who shot me?/But you punks didn’t finish/Now you’re about to feel the wrath of a menace.”  Tupac gets personal, referencing a time when they were former friends and Biggie would sleep on Tupac’s couch. He accuses B.I.G. of stealing his style, musically and fashionably. Tupac’s intent is to end Notorious B.I.G. and he does not hesitate to use any ammo at his disposal.

“Hit Em Up” takes direct aim at Pretty Boy Records, Puff Daddy’s record label. The song’s production incorporates the bassline from the hit song, “Player’s Anthem” which features Biggie, Puff Daddy, and Lil’ Kim. Tupac also takes aim at their public image, accusing the group of falsifying their lifestyle to imitate Tupac. Shakur claims multiple times that he had been with Biggie’s lady. The statement is even more outrageous because of the real-world context – Tupac had been seen with Biggie’s estranged wife, Faith Evans, after a very public split. That Tupac explicitly references this in a song is downright devilish.

Shooting to kill, Shakur also insults Mobb Deep in a way that is wildly offensive. He references one of the member’s health condition and threatens that messing with Tupac may lead to a heart attack or seizure. The member in question did in fact suffer from sickle cell anemia and would later die as a result of the condition. The ruthlessness of Shakur shines through in this song without any remorse.

This song precedes Tupac’s untimely death by a mere three months. The rapper was famously shot and killed in a drive-by incident that occurred in Las Vegas, the night of a Mike Tyson fight. Because of Tupac’s long list of enemies, the murder mystery was never officially solved. However, the story of his death almost always begins with the song release, Hit Em Up. He was killed just off the strip on September 13, 1996.

The impact of “Hit Em Up” cannot be understated as it clearly has an impact on today’s rap landscape. After an extended period of peacefulness amongst the rap community, rap beefs have reappeared. Two distinct examples portray the influence that “Hit Em Up” still has on hip hop. Kendrick Lamar’s unexpected “Control” verse was one such moment.

Despite appearing as a guest verse of Big Sean’s project, Kendrick Lamar lists a whole slew of artists, and outright states that he is “trying to murder” them. Throughout the song, Kendrick accuses modern hip hop artists of faking the tough guy exterior, and highlights their penchant for pop stardom, comparing them all to former Disney star, Miley Cyrus. The song clearly parallels the message sent in “Hit Em Up.” The two hip hop stars are declaring that their peers are actors, not gangster rappers. In the same breath, Kendrick alludes to the long-standing East Coast West Coast rivalry by crowning himself, “King Kendrick.” He even references lines by Biggie and Tupac, saying “The king of the coast/ the king of New York/ in one hand I juggle them both.” The song put the rest of the genre on notice in the exact same way.

Another rap feud in recent times that comes to mind is the infamous Pusha T Drake feud. Similarly, the conversation centered initially around accusations of inauthenticity. This was not the first time Drake had entered a feud, having absolutely bullied Meek Mill on tracks “Charged Up” and “Back to Back.” But this time was different. Drake, a former child actor, called Pusha T out for claiming to deal drugs. Pusha T took great offense to this and baited the Canadian rapper into a war of words. The two exchanged several songs but Pusha T went into the personal on “The Story of Adidion.” In the song, he revealed to the world that Drake had a secret child. He ethered his entire life, pointing to his father’s behavior online, his mother’s relationship status, and did so all while promoting the album with the use of a picture of Drake in blackface. The use of the picture further drove home Pusha T’s argument that Drake is playing a character when he raps. And like “Hit Em Up,” Pusha T took shots at Drake’s producer, asking how much time the terminally ill producer had left, using onomatopoeia. “OVO 40, hunched over like he 80—tick, tick, tick

How much time he got? That man is sick, sick, sick.”

These rap feuds are two and a half decades removed from the “Hit Em Up” controversy but still make reference to and follow the same formula. Tupac’s impact on the culture is immeasurable. And for that reason, today is an important day in hip hop history.