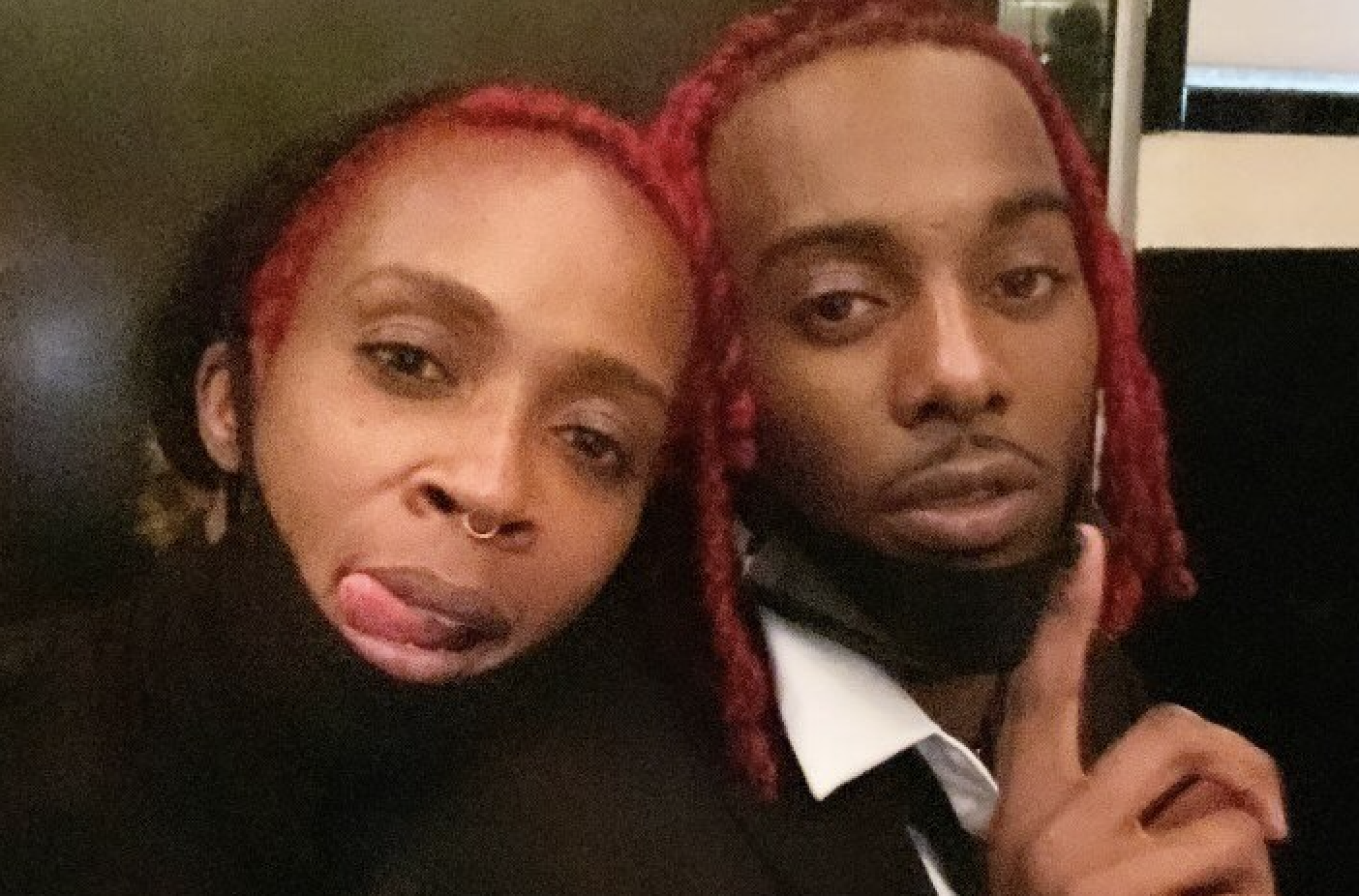 Rhonnie Lee, AKA the loctician that’s more than likely behind your favorite rapper’s hairstyle, gave us the opportunity to follow up with her regarding ties to Playboi Carti and the industry. She was recently in the spotlight for being catfished in her DMs by an account she presumed to be Carti’s personal spam page.

We asked her a couple of questions, and Rhonnie made it clear that there’s a lot of turmoil that comes with being so close to Carti:

“Yes, and I be going back and forth with they ass. Listen, I don’t know what the fuck is going on, theres been fans that have came into my DMs like ‘yeah I did that to your account and you are not getting it back,’ but yeah that is exactly what I’m saying… There’s been a group of they ass, that have probably linked up, that I done pissed off, and somehow they managed to get my shit shut down.”

“It could have been some of Iggy’s fans the first time… After that I do believe it was the Carti fans, and it keeps being the Carti fans. They keep fucking my shit up.”

‘Here’s the thing about being close to Carti, it’s a gift and a curse.’

“Anything attached to Carti in any kind of way the fans will grab hold of it and instantly take it out the roof. My main page that has 24k has been hacked twice, my backup page has been hacked twice, ive literally like spent… I done got scammed out of $2200. When I did find a reputable hacker that actually got my back up page back I still had to pay him. He’s going to get my main page back… But I’ve just been getting cyber bullied! This shit has been crazy!”

Are you able to say anything about the Whole Lotta Red Deluxe, does it exist, is it happening, is it coming… Anything?

“When he asked and tweeted what they wanted on the deluxe, it was like actually a deluxe in the making. A few people that didn’t make it on WLR was going to be on the deluxe.”

Do you know anything about what Kanye changed or how that affected the album?

When the whole ‘.MoNDaY’ tweet happened; the confusion about the ‘@ MEH’ cover being the WLR artwork, and the album being 18 tracks, do you have any insight regarding if was there an album about to drop at this point and something just happened?

“I was at Thug’s mansion in the pool when I went live. When I went live that day, the album cover for WLR hadn’t been made yet. I really was just spitting a number, I really wasn’t even sure how many songs would be on it, I knew there was gonna be a whole lot of em, but I didn’t even know it was going to be as many as 23.”

“Carti got so much fucking music, and he will say like this the day this goin drop, or I’m planning on dropping then, you know what I’m saying. The only time I’ve ever known him to really drop when he said he was actually going to drop was the final time, this last time when he said it’s dropping on Christmas.”

Carti had like 100 tracks leak, a couple of them made it to WLR, do you know if those tracks were supposed to drop?

“That shit can take a toll on you if you let it, luckily he has a few of the right people around him. That was a lot of music that got leaked, the only thing they could do was send out a mass email and let everyone know what was going on, and not to respond to any emails coming from Carti’s email and things like that. There’s really nothing they can do.”

“I’ve been getting a lot of emails about the Russian hacker guy selling Carti’s music online that’s leaked or whatever, but there’s nothing we can do. Clearly he needs to take some mother fucking Michael Jackson type measures… Whatever it is the greats to do make sure that their music don’t get leaked.”

There was a lot of people saying he pretty much made the album in a 2-3 week span, do you know if that’s true?

“He definitely didn’t rush his album and throw it together in two weeks, that’s what he not doing.”

How did the red hair come about?

“Nothing is ever planned out with Carti. I think at first he had me try one tip of his lock, like a pink fuschia color. He liked it and then it started getting closer to him supposed to be dropping the album, he wanted to do something different, so I said let’s just do red.”

“Now mine just came about for the Givenchy shoot. When we got there, his other stylist hair red, his hair red… I didn’t even say nothing I just went to my room and came back with bright ass red hair. We knew he was going to love it, we just did it and he fucking loved it.”

There’s been a lot of speculation that Carti and Uzi are at it, has that come up at all?

“No, it hasn’t. Carti does not just sit up and talk about people… The last I knew they was good, cause they were on facetime together. It’s been a minute that I’ve seen it, but honestly don’t nobody speak on Uzi around there.”

Have you conversed with Carti about any of these situations, such as the feud between the Reddit guys? Have you had that conversation about how crazy his fans can be?

“We be cracking the fuck up. Carti loves his fans man, that’s why he don’t say anything. When you don’t say nothing you’re safe. I be trying to be his voice and speak up for him and let his fans know that he really fucks with y’all, but now I know why he can’t because they’ll take it to a whole other level.”

“There’s been times where he hasn’t approved of something I’ve done and he’ll be like “Rhonnie you gotta chill. You’re like my crazy ass auntie that can’t nobody say nothing to but me.” We talk about everything.”

What is your favorite memory so far from your relationship with Playboi Carti?

“Shit that private Jet! That was crazy, I was even asking him like yo why not just put me on a commercial flight.“

He was like, “Rhonnie just take the jet yo and go up on that motherfucka.”

“I’m like Carti are you serious… A private jet is at least $10 thousand, that shit was crazy, he had WingStop, a boquet of flowers, that shit was so player. That just let me know how much he appreciate me.”

WLR wasn’t what people expected, a lot of people didn’t like it because it was so different.

“I went back to when the album first dropped, there was a lot of DMs that I had saying ‘the album is trash.’ After it debuted #1 I went back to all of those DMs… Every single one of their mind’s changed.”

“That’s part of the metamorphisis, that’s the growth. He’s not gonna remain the artist that he’s always been that everyone fell in love with. That’s him remaining stagnant. In order for him to grow, his development, he’s going to have to play with different sounds. I really fucked with WLR.”

We could’ve gone on to interview Rhonnie Lee for hours. The stories and experiences that she conveys with the most genuine energy is addicting. Not only does she have one of the most extensive resumes we’ve seen to date; working with the likes of Young Thug, Lil Uzi, Tee Grizzley, Metro Boomin, Wheezy & many more, but her story is the embodiment of speaking one’s goals into existence. She sets her eyes on a destination and will do whatever it takes to be successful. It feels reassuring to know that Playboi Carti has her voice of reason amongst his team.