Here Are 25 Gemini Rappers & Their Birthdays 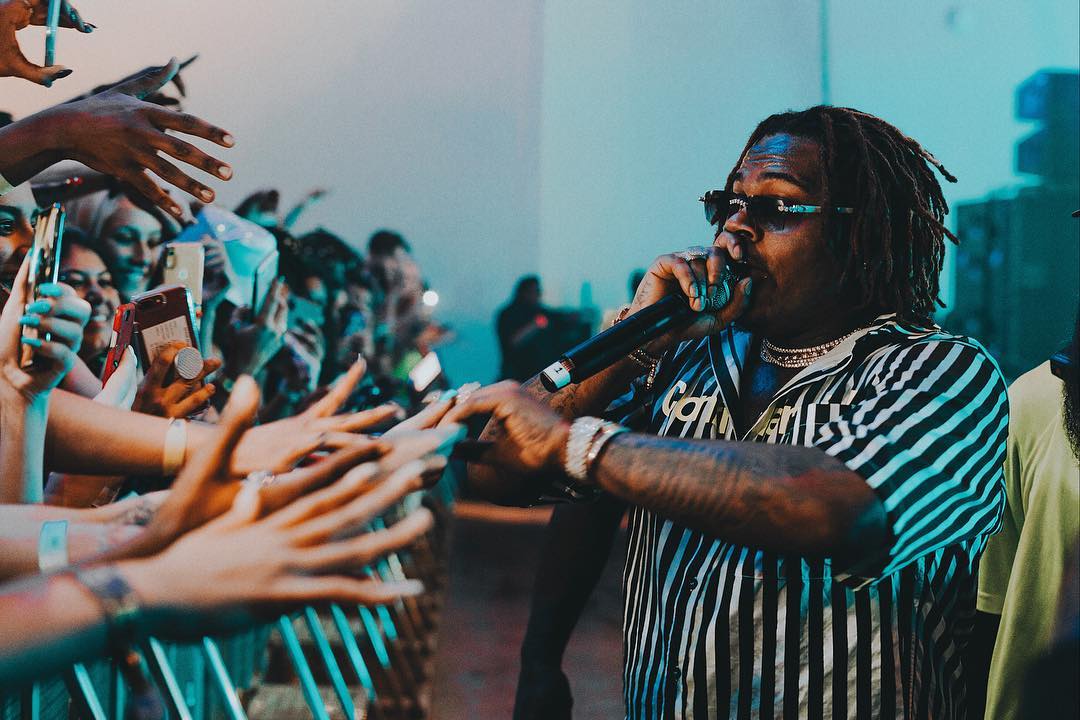 It’s officially Gemini season! Born between May 21st and June 20th, Gemini’s are known for being fearless, loyal, creative, and extroverted. From 2Pac to Kodak Black to Jadakiss, many talented rappers have been born under the twins sign. Geminis are often two-sided, express their emotions externally, and excel at anything that lets them communicate freely—perhaps that’s why there are so many great Gemini rappers.

To look at how many great rap Geminis there are, we put together a list of 25 Gemini Rappers (in order of their birthdays).

On “Juicy,” the first single from B.I.G’s debut album Ready To Die, hip-hop’s most notorious Gemini raps, “Birthdays was the worst days/Now we sip champagne when we thirsty.” Biggie’s bars reflect on the duality between the modest Gemini birthday celebrations of his youth compared to the luxury he experienced later in life.

Heavy D was a dual-natured Gemini with a natural affinity for both rapping and producing. The late rapper was a dynamic artist with an expressive and exciting personality. Sadly, he passed away in 2011.

Oakland rapper G-Eazy is aware of what it means to be a Gemini. He touched on his struggles with duality on the track “The Beautiful & The Damned,” rapping, “You could try to be a better guy/But to understand a Gemini/Angel, Devil, it’s both him and I.”

Hip-hop legend Lauryn Hill made her Gemini nature know on the song “Final Hour” from her classic album, The Miseducation of Lauryn Hill. Like a true Gemini, Lauryn uses her intellect and creativity to deliver the line, “Two people both equal/like I’m Gemini.” Showcasing her cleverness and dual nature in a single bar.

For OutKast’s third album, the Atlanta duo combined their Zodiac signs for the album’s title and concept. Big Boi is an Aquarius and and André is a Gemini, together they make up Aquemini. Andre touched on his thoughts about Zodiac signs on the album’s title track noting “Horoscopes often lie” before rapping, “Until they close the curtain (Y’all know)/It’s him and I: Aquemini.”

Best known as 1/3 of famed R&B trio TLC, Lisa “Left Eye” Lopes was a proud Gemini. During the Atlanta show of the group’s Fanmail tour in 2000, Left Eye rapped, “Gemini is my zodiac sign/Feel the beat get ya mind.” True to her Gemini nature, she was also known for being charming, vibrant, and a strong writer.

On the song “Bring You Down” off Jadakiss’ Kiss of Death, the rapper makes reference to his zodiac sign in the first verse when he says, “I’m working with new change, a Gemini n—a with mood swings.”

In her 2016 song “Respect Mine,” Remy Ma draws quick but effective attention to her Gemini traits with the line, “I got two sides, I’m a true gemini.” Also a talented writer, performer, and over all outgoing individual, Remy Ma exudes Gemini energy.

Stunningly creative, outgoing, and a powerhouse writer, Cee Lo Green is one of the most underrated Geminis on our list. In 2018, Cee Lo tweeted an image of a list of other famous Gemini’s with the caption “#Gemini Season.”

Another Gemini hip-hop icon. DMC made up one third of the legendary hip-hip group Run D.M.C. In true Gemini fashion, the New York rapper is well known for his dynamic sound and fun loving stylings.

B-Real is upfront in his lyrics about his star sign. In the 1996 song “Throw Your Hands in the Air,” B-Real raps, “Then try and test this, buddha blessed Gemini/You get thrown, sent home in a coffin/Punk stuff don’t make it back, very often.”

Expressive, smart, and enchanting in his lyrics, U.K rap sensation Dave brings his Gemini traits into his work in the best way. In his track “Purple Heart,” Dave raps, “You think my work is art and/I think you’re a work of art/But girl I can’t lie, you’re a gem and/I ain’t even talkin’ ’bout the star sign,” sneaking in some cleaver wordplay about his zodiac in classic Dave fashion.

Iggy Azalea has taken to social media several times to express her love for being a Gemini. In a tweet from 2020, she jokingly wrote, “If God is real he love Gemini’s the most, that’s why he put us the the middle of the year to maximize how many gifts we get. It’s obviously a scientific fact.”

Fetty Wap embraces the nature of his star sign completely. Balancing the duality of lover and gangster, while bearing his soul in his music, Fetty Wap is a true Gemini.

On the 2016 song “Saint Pablo,” Kanye rapped that he was “the ultimate Gemini” and we see why. Kanye is known for his outspokenness, creativity, and polarizing duality. Kanye’s Gemini traits shine through in all aspects of his life. From his deep love for his family to his extreme versatility as a creator, Kanye fully embraces his Gemini star sign and the personality that comes with it.

This Florida rap star is a textbook Gemini. Not only does Kodak embrace the positives of his star sign, but the negatives as well. On his 2017 single “Halloween,” Kodak Black raps “Gemini, woke up on the wrong side of the sheets/Like really I shoulda been born on Halloween,” demonstrating his Gemini duality.

Any like true Gemini, Don Toliver is loyal to his Cactus Jack cohorts. Don embodies Gemini attitudes in his lyrics as well, including extreme fluctuations in his emotional state and his sensitive approach to love.

YSL artist Gunna is the embodiment of Gemini’s infamous duality. Gunna displayed his Gemini dual personality literally by creating an entire alter ego named “Wunna.” Gunna has fully leaned into this second personality; basing the name, concept, and album art of his second studio (Wunna) entirely on his other self.

Although Ice Cube never explicitly talks about his star sign in his music, the ex-N.W.A rapper’s personality is undeniably Gemini. Ice’s public persona is split between two distinct sides; playful and comedic, like his appearances on TV and film, and unapologetically gangster, like we hear in his actual music (especially his early work). Back in 2018, Cube actually tweeted about being a Gemini writing, “Only the chosen few really understand our nature.”

One of rap’s most influential Gemini’s, 2Pac was well in tune with his zodiac’s attributes. On songs like “Unconditional Love,” listener’s hear Pac’s softer, more introspective side. Meanwhile, on tracks like “Hit ‘Em Up,” Shakur lets his aggressive, gangster sound loose. In true Gemini fashion, 2Pac was known for openly expressing both sides of his personality through his music.

On the 2021 Baby Keem song “Family Ties,” Kendrick Lamar dropped the now iconic line, “Yeah, Kanye changed his life/But me? I’m still an old school Gemini.” In this bar Kendrick shows audiences that he accepts all the quirks—good or bad—of his star sign. Unlike Kanye, he has no intention of reforming.

The youngest third of the Atlanta rap trio Migos is a yet another rap Gemini. The rapper expresses tons of originality and is a clever wordsmith to boot.

Personifying the twin zodiac’s fun loving and bubbly characteristics, Macklemore named his sophomore studio album GEMINI in 2017 after his star sign. The album featured a collection of mostly unserious and upbeat songs, with a handful of darker sounding tracks that also showed his duality.