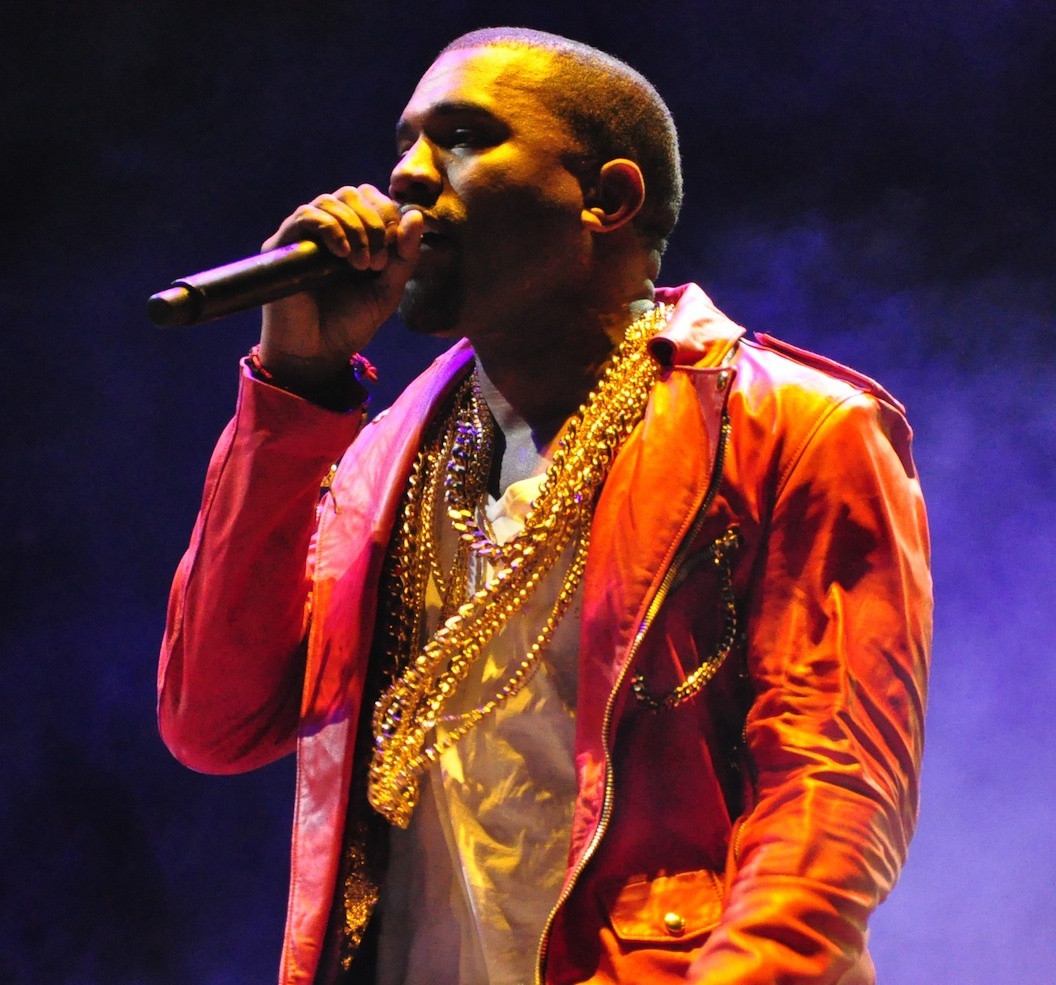 You heard it right—Ye’s a billionaire, and he wants the whole world to know it. Forbes Magazine recently reported his Kanye West’s Net Worth as $3.2 billion,

Just a few years ago, Kanye was $35 million in debt, and now he’s the wealthiest rapper in the world. How did Kanye get so rich? It took a lot of hard work, patience, trial and error, and, most of all, dedication to his craft.

His Rise To Stardom

Kanye Omari West’s career was not an instant success—or anything close to it. Growing up in South Shore, Chicago, West spent much of his childhood with his mom, Donda. His father Ray and her split when Kanye was only 3 years old, so he lived with his mom and spent summers with his dad growing up.

West worked tirelessly as a teenager trying to grow his career in music. The musician talks often about how he made five different beats each day in three different summers. Ye has often mentioned this as a way for musicians to grow their skills and talents. It also demonstrates his dedication to his music.

As he entered middle and high school, he made friends with other Chicago musicians, including producer No I.D. His dedication even earned him a scholarship to the American Academy of Art in Chicago.

But Ye turned it down. He decided he wanted to funnel all his efforts into his music instead of into an education.

Kanye found small successes early on, producing for local artists in the Chicago area. He developed his own style of producing, later dubbed “chipmunk soul.” He moved to New York in 2001 and made contact with the legend himself—Jay-Z.

Ye would have his first major production credit on Jay’s 2000 track “This Can’t Be Life.” Over his career, Ye has produced tracks for some of the biggest names in music, including:

The list could go on, but Kanye wasn’t content with just being a producer. Ye loved making beats, but he always wanted to rap. Being an emcee was his dream, but he struggled in the early days to get his foot in the door.

In 2020, rappers rap about any and everything. But back in 2004 when Kanye dropped his first solo album, “The College Dropout,” it wasn’t that way.

The most popular kind of rap at the time was “gangster rap,” and Ye was the farthest thing from a gangster. He had a hard time getting signed on with Roc-A-Fella because he didn’t fit the mold of what was popular in rap at the time.

In the decade prior, Tupac and Biggie ran the game. And while their music certainly hit some more personal topics, their focus was about hustling—the hard life. “Juicy,” arguably Biggie’s biggest commercial success, is about “the struggle.”

It tells the story of a rapper coming from a hard life on the street and making something of himself. Kanye didn’t have that story.

Ye grew up in middle-class Chicago, graduated from Polaris High School, and got a scholarship to a music college. He came from a very different world than most of the rappers of the time, and executives were worried that his image wouldn’t land quite right.

They thought the people who were listening to shirtless, du-rag-wearing 50 Cent may not go for the skinny kid in a pink Ralph Lauren polo wearing a backpack. But as history would have it, boy were they wrong.

Finding Success as an Emcee

Ye finally got his shot in 2002. Damon Dash signed him, finally, at Roc-A-Fella, mostly to make sure they could keep him as a producer. But Ye knew this was his shot.

He started recording his debut album that year, “The College Dropout.” Everyone was skeptical about it. They didn’t know if rap audiences would vibe with it. Kanye wasn’t rapping about selling drugs and the “hustle.” He was rapping about “regular people” stuff.

The first lyrics of his breakout hit, “Through the Wire,” demonstrate this difference. For context, right before recording this song, Kanye got in a really bad car accident that left his mouth wired shut. He rapped these words with those wires still in.

This wasn’t a song about drugs and money—it was about how Kanye can’t even eat solid foods because his mouth is wired shut. This seems normal now with the amount of “comedy” rappers out there, but it was revolutionary at the time.

Ye didn’t rap about hustling and crime. He rapped about his life, his experiences. And in doing so, Kanye paved the way for an entire generation of rappers.

“Through the Wire” was released as a single before “The College Dropout” and helped to make it a massive success. Other standout tracks included “We Don’t Care,” a tongue-in-cheek look at those who rap about “drug-dealing just to get by,” and “Jesus Walks,” a song about Kanye’s Christian faith and upbringing.

But Ye didn’t stop with one album. In fact, he’s released 8 solo albums across his career, all of which have hit no. 1 on the Billboard Chart. Ye also won more than 20 Grammys across his solo efforts.

Ye has seen incredible success as a producer, rapper, and music icon. Although he struggled and stumbled in his early years, he didn’t let that stop him. In fact, his success extends far beyond himself, as he has been an innovator and tastemaker for his entire career.

To understand why Kanye has been so influential, you have to look at each of his records in their own time. His first two albums, “The College Dropout” and “Late Registration,” set the stage to allow rappers to rap about whatever they wanted.

Like we already talked about, it was pink polos and backpacks, not gang signs and face tattoos.

“Graduation,” arguably the best of his first three albums, took that a step farther. The record incorporated elements of EDM and electronic music into the rap game. He even had a Daft Punk feature on the song “Stronger.” As common as that overlap is today, it was completely revolutionary at the time.

His next record, “808s and Heartbreak” accomplished more of the same. Although it has generally received mixed reviews over the years, there is no denying the influence it’s had. If you look at any of the “emo rappers” of today’s lineup, they wouldn’t exist without “808s and Heartbreak.”

Kanye’s mother Donda had recently passed away, and that album was his way of grieving her loss. The elements of electronic production coupled with the raw emotion of the lyrics and heavy amounts of auto-tuned singing created a record that was really just ahead of its time.

Without 808s, you don’t get Drake being “in his feelings.” You don’t have Lil Uzi Vert rapping about mental health. Kanye set the stage for a new wave of rappers that we are still seeing the effects of more than a decade later.

Kanye would go on to found his own music label, G.O.O.D. Music, signing some of the biggest artists in the world right now. Travis Scott, Kid Cudi, Metro Boomin, Pusha T, and others are all part of the G.O.O.D. Music family.

And Ye isn’t done yet. His last album, Jesus Is King, continued this trend of innovation, combining hip-hop and gospel in a way that is unlike work he’s done in the past. It’ll be exciting to see where he takes his music next.

Kanye West’s Net Worth isn’t at a billion, $3.2billion to be exact, just because of music, though. Like many other rappers in the game beside him, Ye decided to take his business acumen and use it for other ventures.

Namely, Kanye started the “Yeezy” brand. The story of Yeezy, or Yeezus, is just as important as his music career when it comes to Kanye West’s Net Worth.

Ye first started making sneakers with Bape and Nike in the late 2000s/early 2010s. His first few sneakers, the Bapesta “College Dropout” and the Nike Air Yeezy lineup, go for thousands of dollars on the resell market today, but they were not as popular upon initial release.

The rapper and designer would eventually cut ties with Nike after the release of the “Red October” colorway of his Air Yeezy 2. Ye said Nike wasn’t paying him enough, so he wanted to work with someone else.

As of writing, a deadstock pair of Air Yeezy 2 Red Octobers are selling for more than $10,000 on the sneaker reselling platform StockX.

Adidas jumped on the opportunity, signing Ye to a brand deal that same year. Not long after, in February 2015, the world got its first Adidas Yeezy sneaker: the Yeezy Boost 750. Later that year, the Yeezy Boost 350 saw its release as well.

Both of these sneakers sold out quickly upon release and would go on to demand a pretty steep resell price, sometimes in the thousands of dollars for certain colorways.

He would go on to release multiple colors of those models, later creating a V2 of the 350 model, which has seen just as much or more success than the original. Ye is still releasing new colors of the Yeezy Boost 350 V2 and continues to find success there.

He has also created other sneaker models. These include the Yeezy Boost 500, Yeezy 700, Yeezy Slide, Yeezy Desert Book, Yeezy Powerphase, and others. Most of these shoes resell for more than their initial retail price.

In the five years since those initial releases, Kanye has continued to grow the Yeezy brand, bringing it to a valuation of more than $1 billion in 2020, according to Forbes.

Kanye also has a line of clothing as a part of his Yeezy brand, but these have not seen the same success as his sneakers.

This year, Kanye is continuing to release new silhouettes as a part of the Yeezy lineup. Supposedly, the upcoming release of the Yeezy Quantum Basketball shoe just a few months back, which dropped not long ago.

Kanye West’s Net Worth is split between a few different areas. We’ll try to lay each of these out below, and explain where his current wealth is coming from.

Ye’s music label, G.O.O.D. Music, accounts for a big piece of his net worth. According to reports, the rights to his own music and the label itself are valued at around $90 million.

Kanye has more than $100 million in real estate assets. These include his LA homes, his ranch in Wyoming, and likely some other projects he has currently in development.

The Yeezy brand certainly makes up the largest chunk of Kanye West’s net worth, as he does own 100% of the company. Forbes reports that his stake in the company is worth more than $1 billion.

When you account for any debt Ye currently has, Forbes rates Kanye West’s Net Worth at right above $1.3 billion. Ye, however, says that’s not quite right.

Kanye told Forbes it should actually be $3.3 billion, since “no one at Forbes knows how to count.”

Regardless of whether it’s $1.3 or $3.3 billion, Kanye has officially made himself a billionaire, and that’s an achievement to be proud of.

He also hasn’t been shy about mentioning that both of those numbers are higher than his sister-in-law Kylie Jenner’s $1 billion net worth, but who’s counting.

What’s Next for Ye

We don’t know exactly what’s coming down the pipeline from Mr. West this year, but there are some possibilities floating around. It’s been reported that, Ye and Dr. Dre are currently collaborating on Jesus Is King 2, slated for a 2020 release.

With his new record on the way and likely a new set of Yeezy sneakers and apparel, it doesn’t look like Kanye is planning to stop any time soon.