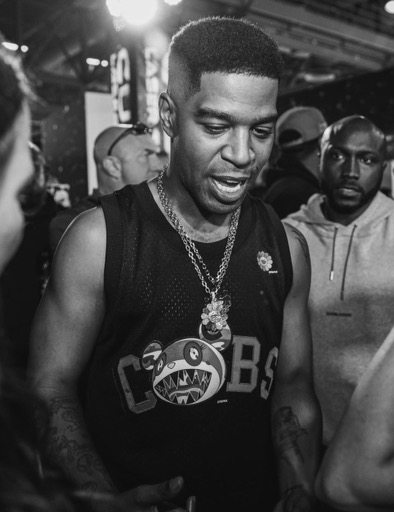 Kid Cudi shared heartbreaking news early this morning with his Instagram followers. In a lengthy written tribute and a series of photos and videos, Cudi said, “I got some bad news for yall. Freshie is gone.” Freshie was the influential rapper’s prized and beloved bulldog that he acquired after the producers of “How to Make it in America” told him that his character would, “sell weed and walk dogs,” in season two of the show.

Because the rapper/actor had little to no prior interaction with dogs beyond petting those of his friends, K-9s made Cudi nervous, something that he sought to overcome with Freshie. “…I wanted to be comfortable onset with [dogs] so it felt legit,” he said. “After I got Freshie, I was wayyy more comfortable…” But the actor’s clever tactic turned into much more than he expected as Freshie became his “…best fuckin friend.” “…at the time I had no idea I would have such a best friend in my life,” Cudi continued.

Kid Cudi has been open publicly and in his music about his struggles with mental health through the years. He checked into rehab in 2016 for depression and suicidal urges, according to TMZ. From his tribute to Freshie today on Instagram, it is clear that the dog provided tremendous emotional support. “Freshie was with me through it all everyday. He loved me. He really did. He came up and licked me if I was crying…Nights Id want to cut myself, Id see Freshie and I couldn’t do it. He would stare when I would have a knife to my stomach, eyes glaring at me telling me to put the knife down,” he said. “My life will be a lil more empty with him gone…Til we meet on the other side my beautiful special boy. Goodbye.”

Cudi said that Freshie died peacefully at home surrounded by those who loved him.