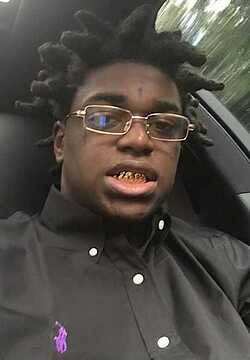 Kodak Black claims that he was on a private flight with boxer Gervonta Davis when the plane crashed shortly after takeoff, according to Rap-Up. Though nobody was seriously injured, Kodak alleged on Twitter early Sunday morning that he was injured in the incident. “I was on dat jet wit @Gervontaa,” he said. “I’m not ok…Shittt me, my neck my back all dat.”

It is unclear if the rapper was being facetious or not though if his fans’ recent Instagram Stories posts are any indicator of Kodak’s health, he looked to be enjoying himself uninjured at the club after the supposed incident.

A small child and two dogs survived along with other members of Davis’s team. Davis went live on Instagram sharing a video of himself lying on the tarmac in shock. “It took off but…it didn’t take off…I’m good…but I’m sweating and shaking.” Davis has not confirmed that Kodak Black was indeed on the flight.