42 Dugg: Who is he? And why is he Lil Baby’s biggest prodigy? 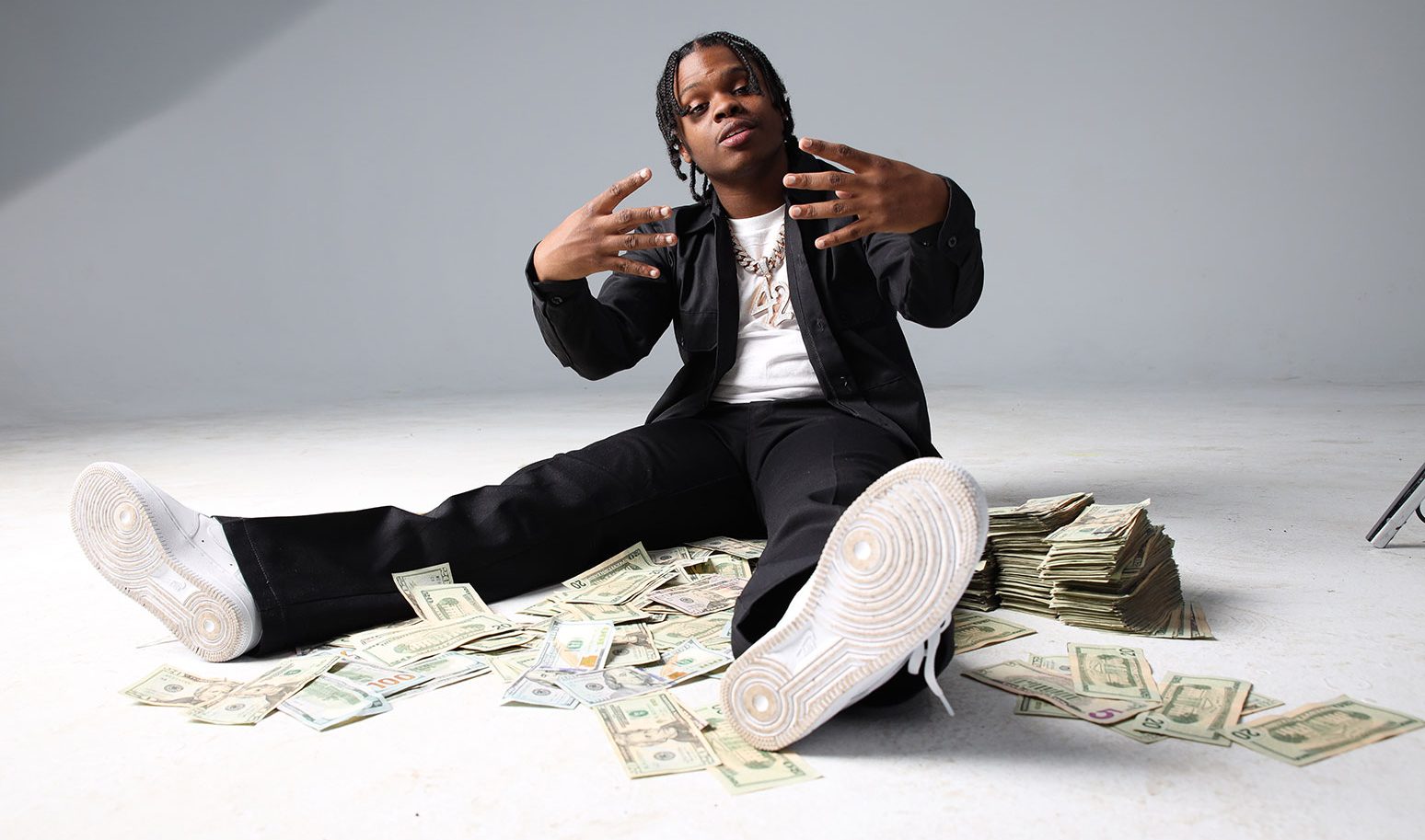 Born in Detroit, Michigan the up and coming rapper Dion Marquise Hayes best known as 42 Dugg has been ringing bells this year. The 25-year-old rapper began his career in 2018 with releasing his first mixtape “11241 Wayburn” a reference to the streets of Detroit he grew up in.

Before the initial release of 11241 Wayburn, 42 Dugg was arrested in 2010 spending 6 years in prison for a number of different charges related to carjacking and gun possession. He began experimenting with rhymes and raps while serving his time, ultimately writing songs and rapping to himself. He realized his raps had meaning behind it, mostly talking about the struggles he went through growing up in the slums of Detroit. During his sentence he took advantage of the one hour per day inmates can be out of their cells, he spent that hour rapping to other inmates looking for feedback.

Positive feedback led to 42 Dugg ultimately taking rap seriously, and upon his release, he began spending time in the studio coming up with some local Detroit street bangers. Initially, Dugg thought to himself his rap was quite average, but the positive feedback kept him writing and freestyling in his cell.

Eventually, he released “11241 Wayburn Pt 2” and felt like he found his sound on this mixtape as now he began expanding on states outside of Michigan. At the time his SoundCloud was the primary source of music distribution and it quickly began earning thousands of views on singles and mixtapes.

His single “The Streets” released in 2018 became a street hit and his buzz grew exponentially which ultimately caught the attention of rap superstar Lil Baby. Baby and Dugg met up in Atlanta, hometown of Lil Baby, and their relationship began from gambling. From shooting dice and building a connection, Baby invited Dugg to the studio to hear more from the up and coming artist.

During this process, yet another artist had his eyes on 42 Dugg, Memphis legend Yo Gotti. Again, Lil Baby introduced Dugg’s music to Gotti and this created a bidding war between Baby and Gotti as to who was going to sign 42 Dugg. In 2019 they couldn’t decided who would get Dugg so Baby and Gotti agreed to a joint venture deal with Baby’s 4PF label and Gotti’s CMG label.

Joint venture deals work in a way that both parties have equal responsibility in pushing the artist in the right direction from marketing and promo to studio time and production. A fair deal was made and 42 Dugg seems to be in the right hands.

Once the deal was in place both Baby and Gotti began focusing strongly on pumping out 42 Dugg singles and getting him to the national level of recognition. Then came “Grace” the single was featured on Lil Baby’s “My Turn” album which released earlier this year. Grace was the first single that Dugg had on the Billboard 100’s peaking at number 48. The single also sold over 500,000 copies earning a certified gold plaque on RIAA.

The success of Grace really just said that they have to do this again. Upon release of the deluxe version of “My Turn” Baby introduced one more single featuring 42 Dugg called “We Paid”. Another banger which peaked at number 10 on Billboard 100 and also sold over 2 million copies earning 2 platinum plaques from RIAA. Baby had took the local Detroit artist to the national stage. Both singles have had tremendous success and 42 Dugg was earning attention at rapid speed from all sides of the industry. The success of We Paid also lead to a nomination from “MTV Music Video Awards” as the “Song of Summer”.

Baby has had a lot of influence on artists and the rap industry as a whole. What separates this case from the rest is that Baby is truly the founding father for 42 Dugg’s career. Unlike his affiliation with other artists, this was the first time Baby had full responsibility of taking a local rapper and making them a star. It’s safe to say that whatever Baby has planned for Dugg is clearly headed in the right direction. Two billboard hits and two RIAA plaques attached to 42 Dugg is one hell of a way to introduce yourself to the industry.

When we think of artists from Detroit and music style we often refer to rap’s biggest legend Eminem, Royce Da 5’9” and notably Big Sean as well as Dej Loaf from the more modern era. Detroit is often associated with an old school flow and vibe and has not had as much attention from the industry as other cities like Atlanta, New York and Los Angeles.

42 Dugg was the ultimate breakthrough for introducing a different sound out of the Detroit area. His sound is almost a mix of modern Atlanta and Memphis and with its own twist of Detroit Dugg. 42 introduced this whistle sound to kick off almost all of his songs, it became a trademark for his music everytime you hear that whistle you know 42 Dugg is amount to spit.

His delivery is quite slurry, often combining words that sound almost unfinished. The unclear delivery mixed with a touch of auto-tune and vocally slowish delivery makes it quite clear why attention is increasing for 42 Dugg. His method of delivery is different from what we are used to especially from artists out of Detroit. Often slow, but we know Dugg can speed it up when needed, most recently seen on the second verse from single “Baggin” with electoridc DJ Marshmello. Another sign of diversity for Dugg rapping on a not so traditional rap beat.

What’s in the works?

With the most recent collaboration from Marshmello, we know the music video just released earlier this month and is already creeping up on 2 million views on YouTube. Baggin is now the third single for Dugg to hit the billboards peaking at number 5 since its release. An unorthodox feature with Marshmello has had a great impact on 42 Dugg, introducing a different type of fan base in his arsenal.

With the joint venture deal, we also know that Yo Gotti is looking to expand Dugg’s career using Gotti’s resources and connections. Most recently seen a collaboration single “Gun Smoke” from Gotti’s label mate Blac Youngsta featuring 42 Dugg. Considering Gotti is a veteran in the game with consistency and is helping other artists excel in their careers, we have a few ideas of what to expect.

We know how much success Moneybagg Yo has had in his career since he signed with Gotti’s CMG label as well as Blac Youngsta. Gotti has been behind a lot of the business ideas for these two major artists. We’ve seen hits over and over again from both of these artists, there should be no surprise that we might be getting a CMG collaboration album with 42 Dugg, Moneybagg, and Youngsta sometime early next year, if not by the end of this year. We also know Baby will definitely introduce Dugg to some of his own affiliates like Gunna and Young Thug.

Both Baby’s 4PF and Gotti’s CMG have already released 42 Dugg’s “Young and Turnt Volume 2” earlier this year. We have strong beliefs that there will be another project in the works by the end of this year for Dugg. Whether it be more focused with CMG or 4PF, both labels have incredible work ethics and are heavily dedicated to their artists.

For now Dugg and the labels are focused on increasing sales for Young and Turnt, releasing music videos and are definitely in the studio collaborating on more billboard hits that are soon to come. Stay on the lookout for more of 42 Dugg by the end of this year.