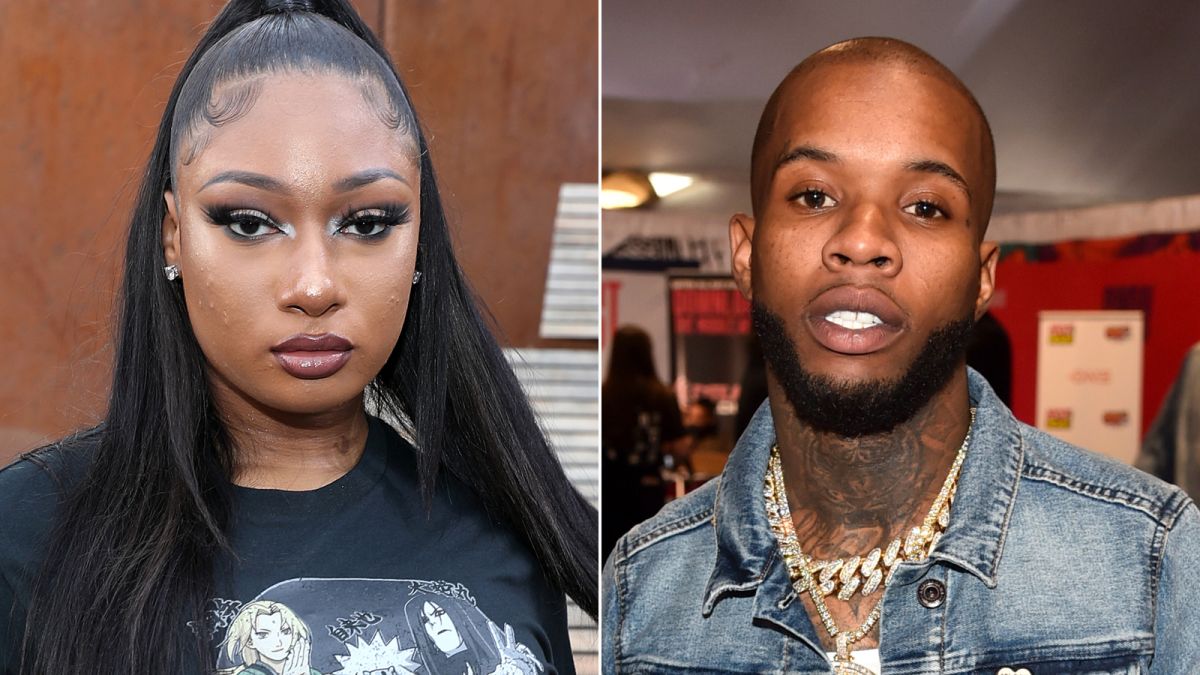 Home » Q and A » Did Tory Lanez Shoot Megan?

Whether you’re a hip-hop fan, a daily social media user, or simply an adult human being who follows the news, you probably heard about the violent incident involving Megan Thee Stallion and Tory Lanez back in July. It was a huge moment that seemed to have everyone talking and speculating about what really happened. Did Lanez really shoot Megan?

Well, four months have passed since the incident went down, and the investigation is still underway. Lanez is scheduled to go to trial in January, and we will surely find out more when that time comes. But, for now, let’s delve into a quick recap of everything we know so far.

The incident occurred in the early morning hours of Sunday, July 12. According to reports from that night, Megan and Lanez got into an argument that ultimately resulted in Megan in the hospital and Lanez in prison.

Back in July, TMZ reported that, on the night of the shooting, police received a call around 4:30 AM regarding a disturbance outside a house party in Hollywood Hills. When officers arrived, witnesses claimed that they saw people arguing in an SUV, and then shots were fired in the air before the car drove away.

Of course, this is just the report from the night of the incident, and a lot more has happened since then.

According to Billboard, the Los Angeles Police Department confirmed that Lanez was arrested after the incident occurred. At that time, he was taken in on the charge of carrying a concealed weapon in a vehicle.

When police tracked down the SUV that morning, they found Megan in the car with another woman, who would later come forward about the occurrence.

In that initial report from TMZ, the publication said that Megan had cut her foot on broken glass from the car. However, shortly after the report came out, Megan decided to come forward about what really happened in an attempt to set the record straight.

On July 15, she posted on Instagram explaining her side of the story. She wrote that she had suffered multiple gunshot wounds and that the incident was indeed a crime committed by someone with the intent to harm her physically. She also explained that she had to be taken to the hospital that night to go through surgery to remove the bullets from her foot.

But the story doesn’t end here. After the initial incident, jokes and memes about the alleged shooting had begun circulating on social media, and many people failed to take the situation seriously. This prompted Megan to put out yet another statement, this time addressing the public’s lighthearted response to the entire situation.

On July 17, she tweeted, “Black women are so unprotected & we hold so many things in to protect the feelings of others w/o considering our own. It might be funny to y’all on the internet and just another messy topic for you to talk about but this is my real life and I’m real life hurt and traumatized.”

This tweet sparked a larger conversation about the issues of racism and misogyny in our society. It also prompted many fans and supporters to come to Megan’s defense.

Ten days after the tweet above, Megan spoke out again. On Instagram Live, she spoke to her viewers about what happened. She reaffirmed that she was, indeed, shot in both feet and that she had to undergo surgery to get the bullets removed.

In The Aftermath Of The Incident

Although the alleged shooting occurred in July, the legal battle is not yet completely resolved.

It is important to note that, back in July, Megan never actually named Tory Lanez as the person who shot her. However, on August 20, she finally named Lanez as the shooter via Instagram Live. She told her viewers, “Yes… Tory shot me. You shot me and you got your publicist and your people going to these blogs lying.”

Another notable fact to remember is that, at this point, Lanez had not yet been arrested or charged for the actual shooting. Rather, on the night of the incident, he was arrested for carrying a concealed weapon—not actually using it to shoot anyone.

However, on October 8, 2020, the investigation took a huge turn: Tory Lanez was charged with shooting Megan. He was actually charged with two felonies—assault with a firearm and possession of a loaded, unregistered firearm in his vehicle. Megan is named in the report as “Megan P.”

Lanez was originally scheduled to be arraigned or brought before the court on October 13, 2020. However, the date was postponed until November 18. When this court date finally came, Lanez pleaded not guilty.

The next step in this investigation process is a court hearing, which is now scheduled for January 20, 2021. Lanez had been ordered to return to court on that date and to refrain from making any sort of contact with Megan.

Although Lanez pleaded guilty, he still has a trial coming up in January. As of now, his sentence is undecided.

Lanez and his legal team have not yet issued a straightforward statement explaining his side of the story. After Megan named Lanez as the shooter back in August, Lanez and his team declined to comment. Overall, Lanez has remained far less vocal about the situation than Megan.

He did, however, release an album in the midst of the investigation. On September 24, Lanez tweeted that he was sorry for being silent and that he was going to make an announcement that day. Although many assumed that he was finally going to speak out about his side of the story, he made a surprising move: he dropped an album that night at midnight.

On the album, DAYSTAR, Lanez does address the incident and the allegations against him. Essentially, he denies Megan’s claims that he shot her in the foot. He also suggests that Megan’s team tried to pay him off to remain silent.

Megan and her team did not respond directly to the album or any of the claims he made against her.

So, we return to the question at hand: did Tory Lanez shoot Megan?  As of now, both Megan and Lanez are sticking with their stories. Megan maintains that Lanez shot her, while Lanez denies the allegations.

As we mentioned above, Lanez has pleaded not guilty to his charges, and he has a trial scheduled for January 20.

Megan has garnered a huge amount of support from her fans and from other well-known artists, like Beyonce, Rihanna, Lizzo, and countless others. As for Lanez, many of his fans remain loyal, as well. Ultimately, the investigation is still underway, and until then, we will just have to wait and see what any further developments may be.