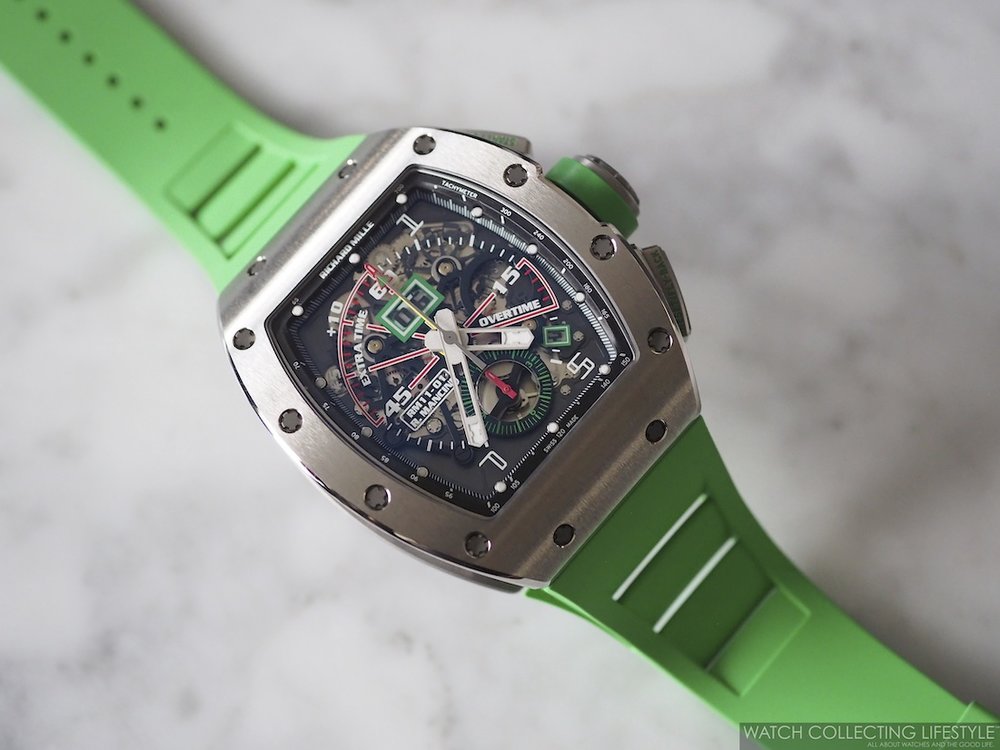 With so many timepieces on the market, which ones meet the discerning taste of rap’s elite? Which brands are just passing trends, and which are here to stay?

Let’s dive into the Top 10 Watch Brands Hyped Up By Rappers and figure out which manufacturers stand the test of TIME in the fast-paced world of hip hop!

Rap pioneer Swizz Beatz put Jaeger-LeCoultre on the rap map all the way back in 2011, and for a while, it remained one of the lesser-known brands in the game. But after a few short years of building clout, this Swiss manufacturer is now among the most sought-after timepieces available.

When Jay-Z rocked an immaculate LeCoultre to the Grammy’s earlier this year, we knew that the brand had reached a new level of hype, earning a place in the top 10. With price tags well into the six-figures, it won’t be long before this manufacturer is spotted on wrists and in rap lyric sheets everywhere.

In the first verse of the “Jefferey” album opening track “Wyclef Jean,” Young Thug drops an unlikely reference to Swiss watch manufacturer Franck Muller. Since then, the brand has seen a huge rise in popularity within the rap community, earning endorsements from Migos, Waka Flocka, and more.

We can credit Young Thug with lifting this designer out of relative obscurity and into the spotlight, and making our list of the Top 10 Watch Brands Hyped Up By Rappers.

The unique curved styling of Muller’s watch faces and the glitzy decorative patterns make it a perfect counterpart to Thugga’s wild persona. Keep a close eye on this brand in years to come, as its street cred has nowhere to go but UP!

Artists like Rich Homie Quan, Migos, and Jay-Z have all espoused the luxury of the Breitling brand in their lyrics over the years. Based in Switzerland, this manufacturer is known for bold designs, sleek lines, and incredible internal engineering.

While Breitling may not have the glitz and glamour we’ve come to expect from today’s rappers, the brand does offer a more subdued and elegant look when it comes time to do business. As every watch expert knows, you need to pick the right piece for the occasion and be flexible with various styles.

As more young rappers get into the entrepreneurial side of the music scene, we will likely see a rise in Breitling stock. For now, it will remain one of the fringe contenders of the Top 10 Watch Brands Hyped Up By Rappers.

Described as “A Racing Machine on the Wrist,” a Richard Mille watch is a symbol of unbelievable wealth and luxury. It’s almost impossible to find one of these timepieces available for under five figures, which makes them even more desirable for rappers looking to show off the depth of their bankrolls.

Migos star Offset brags that he bought a Richard Mille for a cool quarter-million dollars, while Jay-Z has been spotted with custom work from the designer worth over $2.5 MILLION! The late Pop Smoke even mentions the brand in a track that has yet to see an official release.

While Richard Mille still isn’t the most widely known, it definitely deserves mention in the Top 10 Watch Brands Hyped Up By Rappers. You know you’ve reached astronomical levels of success when you can casually rock a watch worth more than what most people earn in a LIFETIME!

From Tyga to Meek Mill and DJ Khaled, Chopard has been heavily hyped up over the years as an outstanding symbol of prestige. Covered in diamonds and engineered with aeronautical precision, these watches speak for themselves, with price tags well into the six-figures.

Despite its foray into jewelry in recent years, Chopard has been about watch design since it was first founded in 1860. Now, you can spot the Swiss status-symbols in music videos and Instagram posts across the hip-hop world.

Birdman’s exclusive $1.5 Million Chopard is one of the only pieces out there to rival Jay-Z’s Richard Mille, and it’s worth watching the video that showcases its beauty. We’ll probably be seeing a lot more from Chopard in years to come as rappers expand their tastes and their bank accounts.

Busta Rhymes was rapping about Cartier back in the ’90s, and 21 Savage took things to the 21st century by devoting an ENTIRE SONG to this French luxury brand. On that track, Savage describes his undying love for everything, Cartier. He wants one in every shape, size, and color!

For hundreds of years, members of royal families from England, Spain, France, Russia, and Portugal have all placed custom orders from Cartier, demanding nothing but the best. Things haven’t changed much over time, with modern rap royalty seeking the same quality from proven producers.

Danny Brown, Meek Mill, and other famous rhymers have also expressed their appreciation for Carty’s classical design in their tracks, and we probably won’t see this brand disappear any time soon.

There isn’t a more outspoken proponent of Vacheron Constantine watches than the Teflon Don himself, Rick Ross. As a man with distinguishing taste, he separates himself from the pack by flashing these luxury Swiss timepieces and incorporating the brand name into his lyrics at every opportunity.

While Ross was singing the praises of Vacheron back in 2010, more rappers have jumped on the bandwagon in recent years. Most notably, Travis Scott made the bold proclamation of “Vacheron over Phillippe” in his song “Big Shot” with Kendrick Lamar.

As far as complexity goes, Vacheron is among the most advanced watchmakers on the planet, designing a timepiece with 57 complications packed into a tiny frame, back in 2015.

If Vacheron was good enough for Napoleon Bonaparte, Pope Pius, and King Edward VIII back in the day, it’s likely to get the seal of approval from the biggest rap stars of the 21st century.

Now we’re getting into the heavy hitters of hip-hop watch brand hype! Patek Phillippe is a straight-up obsession in the rap game, according to Pitchfork, and it definitely deserves a top-three spot on the list. From Future to Gucci Mane, Migos to Meek Mill, the Patek hype train is reaching terminal velocity!

What makes this brand so special? Some say it is the manufacturer’s willingness to make custom timepieces for clients. As rappers strive to differentiate themselves in a competitive field, they are willing to pay extra to add a personal touch like a logo or engraving.

Critics of the brand claim that we are simply seeing an overblown bandwagon effect surrounding Patek Phillippe. However, the company has been around since the mid-19th century, so it will be unlikely to be dismissed from the conversation. For now, Patek is experiencing a golden era of rap hype.

At this point, it may be harder to find a rapper who HASN’T mentioned Audemars Piguet in a song. Jay-Z paved the way for the brand back in 2011, and it has been nothing but positive reinforcement since. Meek Mill mentions the brand more than seven times on one mixtape! Now THAT is some brand loyalty.

The rise of AP represented an important shift toward engineering and quality, over brand-name recognition. Rappers grew more discerning about the value and wanted to distinguish themselves with knowledge rather than pure price-tag sticker shock. AP is the thinking man’s timepiece!

The Swiss manufacturer makes these watches in very low quantities, raising the exclusivity factor and boosting desirability among rappers. No wonder Lil Wayne, Wiz Khalifa, Game, Rick Ross, and other legends have shown off their expensive AP timepieces with pride.

Beloved by the hip-hop community since the genre first came into existence, Rolex is the undisputed champion of the Top 10 Watch Brands Hyped Up By Rappers. With such a long legacy of excellence, there was just no other option for the top spot on this list.

There is an old-school elegance to the Rolex brand that others can’t beat. Dr. Dre is never seen without a Rollie on his wrist, and Diddy has also shown his dedication to the manufacturer as well. Eminem has also displayed his preference for Rolex, wearing exclusive timepieces in public appearances and on stage countless times.

We’ve seen Nas rock Sky Dwellers, Submariners, and Presidents throughout his established career. Of course, you can’t forget Drake, who is carrying the torch for the new generation of Rolex aficionados. While Rollies may not have the eye-popping bling of some other brands, they are undeniably the most widely respected and collected brand hyped by rappers everywhere.

Want more insight on hip-hop fashion and style trends? Be sure to check back in with RapTV every week, and follow us on social media. The hype train always has room for more!