Chance The Rapper: The Full Profile 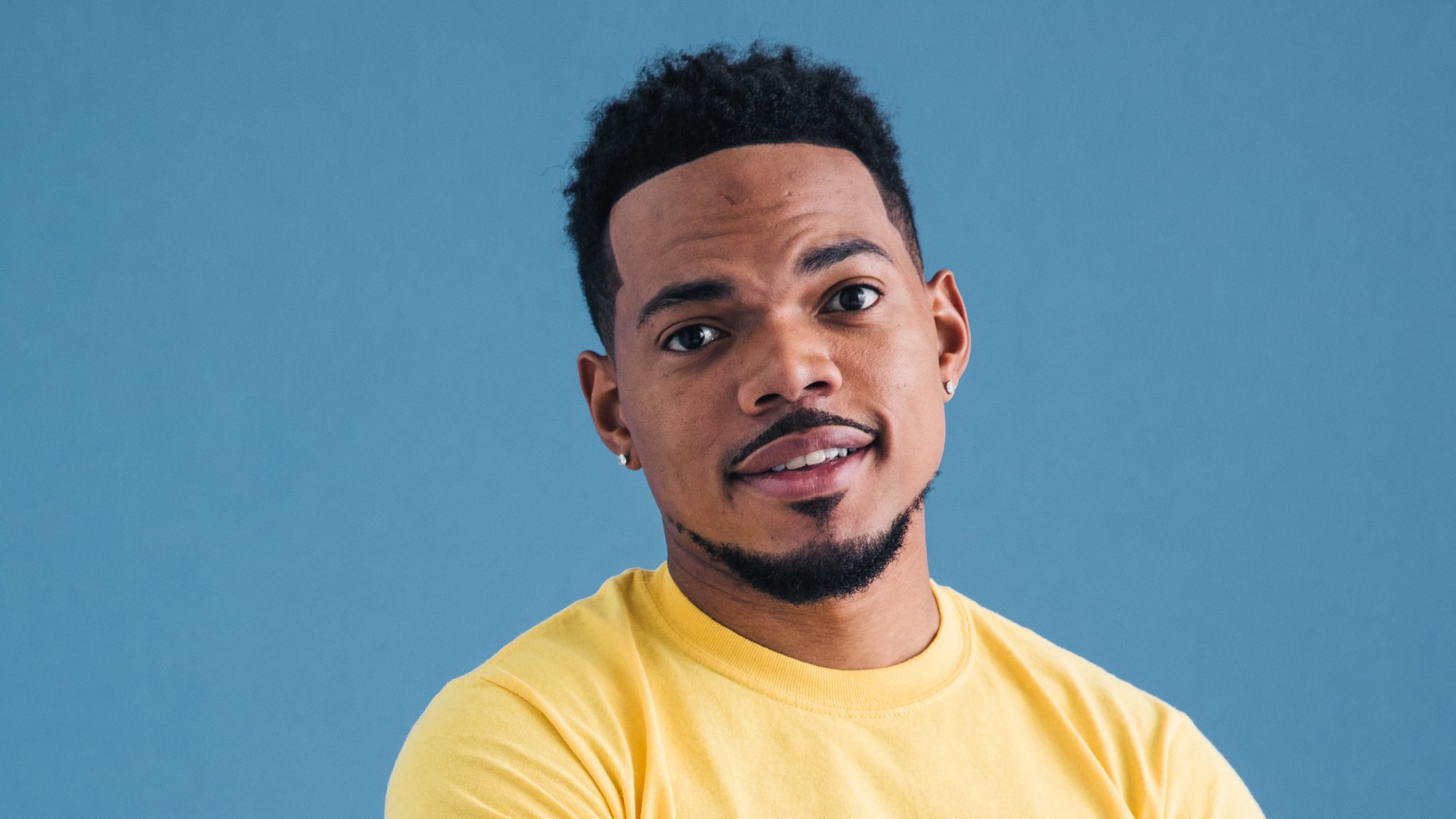 Chancelor Johnathan Bennett was born April 16, 1993, and was born to be known professionally as Chance the Rapper, the clever Chicago, Illinois-based rapper, singer, songwriter, activist, actor, and philanthropist. Chancelor Bennett’s dad, Ken Bennett, has been involved in Democratic Party politics on the local and national level, working for Barack Obama as a presidential appointee, as an aide, and on Obama’s presidential campaign in 2008.

Chance’s community involvement inspiration also comes from the fact that his father has worked in politics in the capacities of an aide to Mayor of Chicago Rahm Emanuel and as 2019 Chicago mayoral campaign co-chair for Toni Preckwinkle.

Chance the Rapper himself volunteered with Barack Obama’s re-election campaign by phone-banking in Hyde Park, Chicago, and by giving speeches at the University of Chicago Institute of Politics. Before you think that Chance the Rapper is Chance the Politician, let’s fill in the rest his coloring book of achievements and inspirational artistry.

Chance, the Rapper’s interest in music, started with Michael Jackson, who he listened to on cassettes until the fifth grade. His parents played music constantly from the likes of Billie Holiday, Sam Cooke, along with jazz and gospel. So, what prompted Chance to take a chance on hip hop? It all started with hearing “Through the Wire” by local hero Kanye West on the radio while walking through Hyde Park, Chicago.

This led to Chance finding out that “Through the Wire” was on Kanye West’s album The College Dropout, prompting him to buy the album, making it the first hip-hop album that he ever listened to. Kanye inspired Chance, with the two meeting each other in August 2014 at Bonnaroo Music Festival.

Can you imagine that before he became Chance the Rapper, he attended Jones College Prep High School, and some of his teachers made fun of his aspirations to become a musician? After a 2011 senior year 10-day suspension for marijuana possession at school, Bennett recorded his first full-length project, a mixtape entitled 10 Day (also known as #10Day) named after the actual experience of being home for 10 days.

Bennett released the 10 Day mixtape on April 3, 2012, and it has since been downloaded over 500,000 times via mixtape-sharing site DatPiff., becoming well-received locally and connecting him to producers such as Chuck Inglish, Kenny Jame$ and Blended Babies. If that wasn’t enough goodwill, the mixtape also caught the attention of Forbes magazine, featuring it in their Cheap Tunes column.

Chance the Rapper gained more mainstream recognition and critical acclaim on April 30, 2013, after releasing his second mixtape, Acid Rap, which was downloaded over 1.5 million times and nominated for Best Mixtape for the 2013 BET Hip Hop Awards. Acid Rap was highlighted on multiple 50 best new albums of 2013 lists, including 26th for Rolling Stone, 12th on Pitchfork’s list, and ranked 4th by Complex.

From Acid Rap Chance the Rapper kept it moving, releasing his third mixtape, Coloring Book, in 2016, which earned him three Grammy Awards, including the award for Best Rap Album. It made history as the first streaming-only album to win a Grammy Award and peaked at number eight on the Billboard 200.

Chance has actively fought to combat the gun violence issues in his hometown of Chicago and, in 2014, with the help of his father, promoted the “#SaveChicago” campaign during Memorial Day Weekend, with Chicago going 42 straight hours without a shooting.

On May 5, 2014, XXL magazine revealed Chance the Rapper was chosen to be a part of their annual freshman class of featured rappers to be on the lookout for. This put him on the cover of the magazine alongside fellow up-and-comers Isaiah Rashad, Ty Dolla $ign, Rich Homie Quan, Vic Mensa, August Alsina, Troy Ave, Kevin Gates, Lil Bibby, Jon Connor, Lil Durk, and Jarren Benton, several of which are also from Chicago.

In November 2014, Chance was named as Chicago’s Outstanding Youth of the Year for his activism, supporting Chicago youth, hosting Open Mike nights for Chicago-area high school students in collaboration with Chicago Public Library, which attracted the attendance of fellow Chicago celebrities like Hannibal Buress and Kanye West.

In December 2015, Bennett joined with Detroit-based non-profit group Empowerment Plan to start an initiative called Warmest Winter 2016, raising money to give 1,000 manufactured coats, which doubled as sleeping bags and shoulder bags made by homeless citizens of Detroit, to give to homeless citizens of Chicago.

In July 2015, Chance the Rapper announced that he was expecting his first child with his girlfriend since 2013 – Kirsten Corley, with their daughter, Kensli being born that September and she was purposely kept out of social media until December 31, 2016, when Chance posted a picture of her on Instagram.

Chance the Rapper is a proud Christian who isn’t afraid to refer to Jesus Christ in many of his hip hop songs. Chance rediscovered his faith when his daughter was born with atrial flutter, and he prayed on a regular basis.

“Today’s the last day my old life, last day smoking cigs. Headed to church for help. All things are possible through Christ who strengthens me.”

The Childish Gambino artist, Chance the Rapper also met with another Chicago staple, President Obama, at the White House on April 16, 2016, to discuss My Brother’s Keeper Challenge. This initiative of the United States Federal Government promotes the intervention by civic leaders in the lives of young men of color to promote racial justice. Other musicians involved included Alicia Keys, Busta Rhymes, Janelle Monáe, and J. Cole.

Chance’s third mixtape, Coloring Book (promoted as Chance 3), was released on May 12, 2016, streaming exclusively on Apple Music. In the first week, alone, the mixtape was streamed over 57.3 million times, equivalent to selling 38,000 units and debuting at number eight on the US Billboard 200 chart. This became the first release ever to chart solely on streams.

Chance announced the Magnificent Coloring Tour with an event called Magnificent Coloring Day Festival at Chicago’s Guaranteed Rate Field. He had secured a sizable lineup of performers, including Lil Wayne, Tyler, the Creator, and Lil Uzi Vert, taking place on September 24, 2016, is the first-ever music festival at U.S. Cellular Field.

Chance co-created a new non-profit called SocialWorks in September 2016, which became an offshoot of his Open Mike youth program for residents of Chicago, among other goals, with the Open Mike nights and the Warmest Winter initiative eventually becoming parts of SocialWorks.

In November 2016, Chance the Rapper made it known during an interview with British DJ Semtex that he was finally working on his debut album. He was offered an opportunity to sign with Kanye West’s G.O.O.D. Music label a month later, but he decided against it due to his popularity as an independent artist and for being a symbol of freedom by not being connected to any record labels for his success.

Hip hop artist Chance the Rapper has also found ways to make his music beneficial to companies that he believes in. After a claim that audio distribution platform SoundCloud was approaching bankruptcy and had laid off most of its workers, Chance the Rapper had a phone call with SoundCloud CEO Alex Ljung. After the call, Chance went on Twitter, posting that SoundCloud is “here to stay,” and shortly after, he released a SoundCloud exclusive track with Young Thug called “Big B’s” to bolster attention to the platform.

On March 6, 2017, Chance made the announcement about his intention to donate $1,000,000 to Chicago Public Schools in order to help offset the lack of government funding that has been provided to them. This opened up a push to try and inspire Chance to run for mayor of Chicago, with support from many media people, including musician Drake.

Chance the Rapper was nominated for an Emmy Award for his new song “Last Christmas” in July 2017, which was performed on Saturday Night Live. This meant that he shared the nomination with Kenan Thompson, Eli Brueggemann, and Will Stephen in the category for Outstanding Original Music and Lyrics.

In August 2017, Chance headlined day three of Lollapalooza at Grant Park in his hometown of Chicago, with some estimates calling it the largest attended performance in the history of the event. Chance had the pleasure in November 2017 of curating and headlining the Obama Foundation community event at the Wintrust Arena in Chicago with special guests including former President Barack Obama, First Lady Michelle Obama, Andra Day, Gloria Estefan, Aziz Ansari, Lena Waithe, and Lin-Manuel Miranda.

Chance the Rapper purchased the Chicago journalism website Chicagoist from WNYC in July 2018, which had been inactive since it was shut down by former owner Joe Ricketts in November 2017. He also made time to perform at Mac Miller: A Celebration of Life on October 31, 2018, a tribute concert celebrating the death of rapper Mac Miller.

In the 2019 Chicago mayoral election, instead of running himself, Chance the Rapper was an active supporter of Amara Enyia, initially endorsing Enyia at a press conference in October 2018, campaigning with Enyia, and making donations to her mayoral bid. Fellow rapper and Chicago native Kanye West also donated to Enyia’s campaign.

In the February 2019 election, Enyia managed to finish fifth out of fourteen candidates, without advancing to the mayoral runoff. Lori Lightfoot and Preckwinkle, who had hired Chance’s father as campaign co-chair, advanced to the runoff, with Chance ultimately endorsing Preckwinkle, criticizing Lightfoot as having worked against the interests of Chicago’s black community.

Chance the Rapper released his first studio album ever, The Big Day, that ended up being a star-studded affair, with guest appearances from John Legend, Gucci Mane, Nicki Minaj, SWV, Lil Durk, Randy Newman, Shawn Mendes, Megan Thee Stallion, En Vogue, Ari Lennox, Francis, and the Lights, MadeinTYO, DaBaby, Death Cab for Cutie, and even Chance the Rapper’s brother Taylor Bennett. In December 2019, he canceled his “The Big World Tour” for the second time in order to spend more time with his newborn daughter named Marli.

Chance the Rapper wrote the song “True Kinda Love” for Steven Universe: The Movie along with Rebecca Sugar, James Fauntleroy, Macie Stewart, and Julian Sanchez in 2019. The vocals for “True Kinda Love” were performed by Estelle and Zach Callison.

The new decade of 2020 began on a fantastic level for Chance the Rapper. In January 2020, it was announced that Chance the Rapper will hold down the hosting gig for the reboot of Punk’d that will air on the streaming service Quibi. There was also the fact that he was honored by UNICEF during their annual gala in Chicago with the UNICEF Chicago Humanitarian Award.

One month later, in February 2020, Nickelodeon announced Chance the Rapper would be the host of their 2020 Kids’ Choice Awards. But for some reason, after the COVID-19 pandemic caused the network to postpone the ceremony and move it virtually to May, Chance was dropped as the host, and he was replaced by Victoria Justice without any given as to why the replacement was made.

When you look at the career of Chance the Rapper up to this point, you can see how he follows the socially conscious path that was laid out for him by Chicago’s first huge rap star, Common. Chicago’s most famous rapper Kanye West’s colorful creativity, branding expertise, and middle-class beginnings, show some linkage to Chance.

Then you can connect the dots from Chicago’s Lupe Fiasco, whose clever lyricism and independently-minded moves in music as of late show that Chance the Rapper fits right into his home-grown talent’s legacy, while he makes his own in the process.