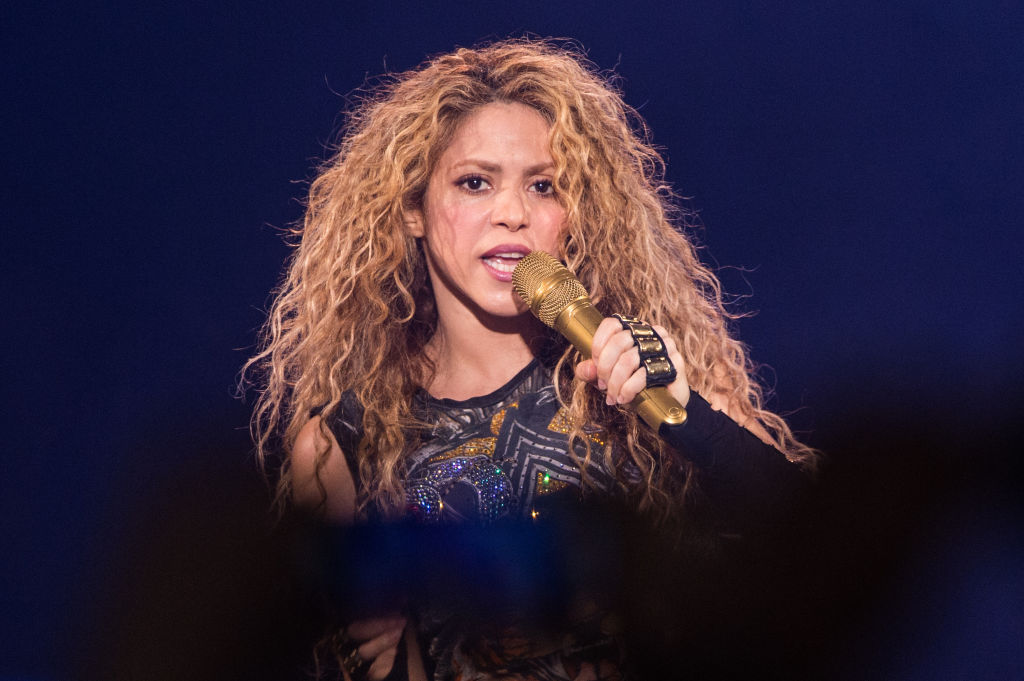 Shakira is a singer, philanthropist, and a fantastic dancer, as you probably know, but what else do you know about Shakira? Read on to get the full scoop on this talented international superstar.

The artist commonly referred to as Shakira was born Shakira Isabel Mebarak Ripoll on February 2, 1977 in Barranquilla, Colombia. Her father was a New York City native of Lebanese descent, and her mother was a local of Spanish and Italian origin. Her first name, Shakira, means grateful in Arabic. This mix of cultures would come to define Shakira’s career, as she did not easily fit into the boxes that record companies wanted to place her in. This would later allow Shakira to blaze her own trail musically.

Having an Arabic first name in a Latin market was one of the many things that stood out about her, also allowing her to take a single word name when she began recording. Her Middle Eastern background also gave Shakira a different perspective on culture and music. Her love of belly dancing would grow to be as memorable as the songs she would sing.

As a child in Catholic schools, Shakira was told she sang like a goat and wasn’t allowed to perform in the choir. This didn’t stop Shakira, as she was confident she was going to be a performer one way or another. She began performing locally at 10 years old.

Shakira recorded her first album, “Magia” when she was only 13. While she managed to gain a great deal of radio play and exposure from this album, it was a clear commercial failure. Shakira went on to perform throughout South America, including taking third place in a Chilean singing competition judged by a pre “Living La Vida Loca”, but post Menudo Ricky Martin, who picked her to win.

Shakira released her second album, Peligro when she was still in high school. Even when the album was newly released, Shakira was unhappy with it. After graduating from High School, Shakira appeared in the Colombian TV show “The Oasis”, and after repeated requests, was able to get her first two albums removed from shelves. Since they were basically local recordings that can’t be found now, they are not officially considered part of her discography.

Shakira’s notoriety from tv and radio play led to her recording “Donde Estas Corazon” as a single to be included in a compilation album. The song was a south American radio hit, which led to Shakira getting one last chance from Sony to produce a successful album.

“Pies Decalzos” was released to the South American and Latin Market in late 1995, and in the US in early 1996. She had six Latin Hit singles from the record, and the album hit platinum in late summer 1996. The album was successful enough to spawn a “Remixes” album with Portuguese versions for the huge Brazilian market.

Her fourth (or second, by Shakira’s count) studio album was titled “Donde Estan Los Ladrones”. The album charted in the Billboard 200 despite being in Spanish and spent 11 weeks at the top of the Billboard Latin charts. This led Shakira to star in a very popular MTV unplugged. She was on top of the Latin Market, but to achieve true international superstar status, Shakira would need to better pierce the American English speaking market. She would do that with the third studio album of her relaunched music career.

Shakira’s producer on “Donde Estan Los Ladrones” was Emilio Estefan, Husband of Gloria Estefan, of Miami Sound Machine fame. Despite her father’s new york city background, Shakira did not have a strong command of the English language. With the help of Gloria Estefan, she was able to master not only the basics of speaking in English but the proper inflection to sing and write in English.

Us charts drive world listening- people in many parts of the world who would never purchase a Spanish album will purchase English language albums. With the 2001 release of her first primarily English speaking album “Laundry Service”, Shakira graduated from a specifically latin artist to a global artist. From this point, her English language albums would also be released with a Spanish version, but the English releases would include a few Spanish versions or exclusive Spanish tracks. So “Laundry Service” in the US would be titled “Servicio de Lavanderia” in Spain and Latin America.

“Laundry Service” debuted at number 3, on the Billboard chart, and would go on to certify Triple Platinum. Many critics found her English too weak to write songs, especially compared to the lyrical fluidity of her writing in Spanish. Rolling Stone went so far as to call the lyrics to the album cliche and “downright silly”.The Album still managed to be a smash hit- the number one selling album of 2001.

Firmly established now as the biggest Latin crossover act in the world after the success of “Laundry Service”, Shakira went in a risky direction with her sixth and seventh albums. Released as “Fijacion Oral Vol 1.” and the English translated title “Oral Fixation vol 2,”, the two albums were intended to be treated as two parts of a whole. This experiment was hugely successful- the Spanish first volume debuted at number on the Billboard 200- the highest debut ever on the US chart for an album in Spanish.

Shakira would go on to perform the lead single for the album “La Tortura” in Spanish at the 2005 VMAs- a first for the show. The album ended up winning the Grammy for best Latin Album.

“Oral Fixation Volume 2” was not quite as perfect out the gate as volume 1. The lead single “Don’t Bother” did not chart well at all. After a revamp and reissue, the second single from the album “Hips Don’t Lie” would go on to be Shakira’s most recognizable song. Incorporating elements of Latin dance with vaguely Middle Eastern instrumentation, and paired with a video featuring Shakira’s famous belly dancing, “Hips Don’t Lie” would climb to number one on the Billboard 100 and drive “Oral Fixation vol 2” on to unqualified success.

After a hugely successful tour to promote “Oral Fixation” Shakira was asked by author Gabriel Garcia Marquez to write and record two songs for the film adaptation of his acclaimed novel “Love in the Time of Cholera”. One of the tracks would go on to be nominated for best original song at the 65th Golden Globes.

In July of 2008, Shakira signed a contract with Live Nation worth a reported 300 million dollars. Her follow up to “Oral Fixation”, “She Wolf”, was never able to achieve the same commercial success as her prior efforts. Selling several million copies worldwide, the album was far from a failure, but coming off the highs of her last two efforts, “She Wolf” was disappointing overall.

Shakira’s ninth album, “Sale el Sol” returned to her roots as a Latin artist. Primarily in Spanish, the album allowed Shakira to find similar success to her earlier crossover albums. Listed on several albums of the year lists, It premiered at number seven, but eventually reached number one, a rare feat for a Spanish language album.

The Voice and Beyond

2012 saw Shakira and Usher join the cast of “The Voice” replacing Christina Aguilera and Ceelo Green. This time allowed her to postpone releasing her new album while she completed her pregnancy. Her self titled album, Shakira would eventually be released in early 2014. March is typically a slow season for music releases, so this allowed the record to debut at number one on Billboard while posting lower sales numbers than most of her other efforts. Shakira eventually performed “La La La Brazil 2014” at the 2014 World Cup.

Shakira was tapped for the song “Try Everything” from Zootopia for Disney, and she also had a voice acting role in the film- a long way from the “her English is too weak” arguments of prior years.

Shakira’s most recent album, El Dorado was to be accompanied by a world tour as part of her Live Nation contract. While preparing for the tour, Shakira suffered a vocal cord hemorrhage that led to the tour being postponed for several months. She eventually made a full recovery and resumed touring.

In February of 2020, Shakira made waves with a fairly racy Super Bowl Halftime Show, alongside Jennifer Lopez. The women appeared very fit and performed a high energy show representative of their history as artists. The performance received many complaints that it was over-sexualized and inappropriate for prime time programming, with many responding that what the women performed was only being criticized so heavily because of the age and ethnicity of the artists in question.

While she has flown under the mainstream radar for long periods of time, in reality, Shakira has been a near-constant presence in the Latin music scene for over 25 years now. Her ability to cross markets and appeal to a wide variety of demographics around the world, combined with her strong work ethic and talent has propelled her to the upper echelons of the music industry, making substantially more than many of her mainstream peers. Whether you see her or not, Shakira isn’t going anywhere!