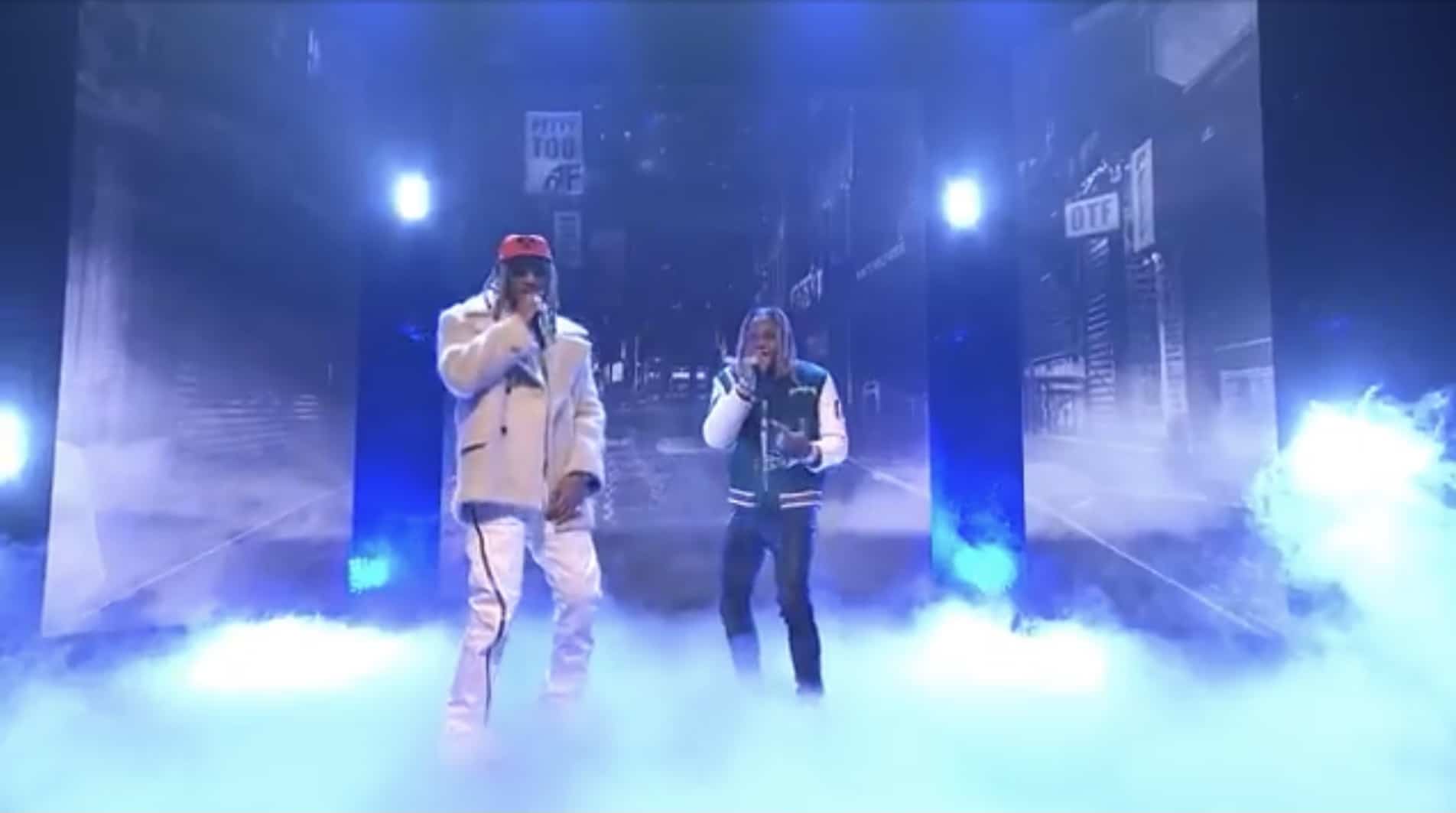 Lil Durk’s new album 7220 dropped on March 11 (2022), and he jumped on the late night circuit last night (March 15) with Future to promote the star studded album. The Tonight Show Starring Jimmy Fallon welcomed the first time Fallon headliner to perform “Petty Too” and “AH HAAA,” and the crowd greeted special guest Future with a warm welcome before the two rappers got down to business.

According to HipHopDX, this performance was Lil Durk’s first headlining appearance on the Tonight Show, though he did join Pooh Shiesty last year. Future is no stranger to the show though he has not appeared since 2018.

Besides promoting 7220, Lil Durk is also bringing attention to his upcoming 17-city tour that includes stops in Los Angeles, Miami and Atlanta. The tour will blast off in on April 8 in Phoenix and come full circle back to Durk’s hometown of Chicago on May 2. Between the late night promos, the tour and the rave reviews that the album is receiving, 7220 is expected to do well on the Billboard Charts, according to HIpHopDX. If Lil Durk meets the projections for the album and sells between 120,000 and 130,000 in the first week, it will earn the rapper his first solo number one album.

Lil Durk previously hit number one with his collaboration with Lil Baby, “The Voice of Heroes.” 7220 is the rapper’s seventh studio album.