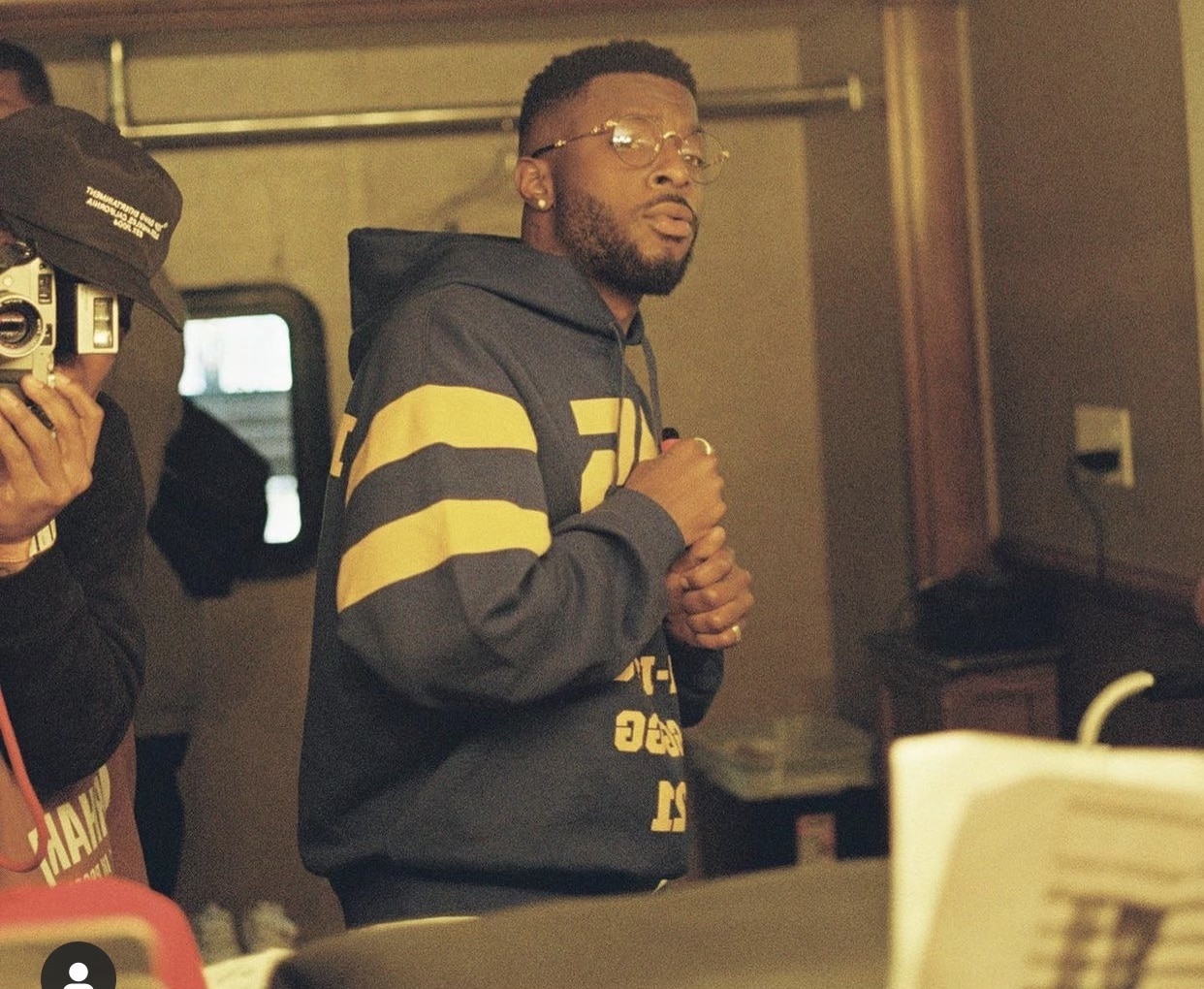 Isaiah Rashad addressed his leaked sex tape during a Joe Budden interview yesterday, revealing that he is “sexually fluid.” The sex tape which surfaced in February appeared to show Rashad sexually involved with other men. This is the first time that Rashad addressed the sex tape and his sexuality in an interview.

“I’d say I’m sexually fluid,” Rashad told Budden on the Joe Budden Podcast. “I’m still learning about it myself. I’m putting my head in the books to find out the basics of it but basically, I’m not in full control of when I walk into a room who I’m attracted to. I’m more attracted to a personality. I’m more attracted, sometimes, to intellect. Sometimes, it be just attracted to somebody.”

Rashad had an optimistic and positive tone throughout the interview, telling Budden how the experience brought him closer to his family, something he called “a blessing.”

“It’s been a time for my family to come together,” he told Joe. “Out of everything, it’s been a blessing. With that happening, and my granddad dying a couple of days afterward and my grandma going through what she’s been through, it’s been a concentration of family together more than it had been before so if anything, I can’t be mad at everything about it. I always gotta look at the brighter side.”

Rashad expressed gratitude for the support from his fans and peers at Coachella earlier this year after he showed a video montage of people reacting to the news.

“I see all the messages and all that shit, all the positivity,” Rashad said to a rapturous crowd when he first took the stage. “Y’all n—as done kept me alive these last couple months.”

After Rashad’s sex tape leaked in February (2022), many in the hip-hop community came out in support of the TDE rapper, including  Duke Deuce, Deante Hitchcock, Peter Rosenberg, Chuck English, and others.

Hip-hop has not always been accepting of sexual fluidity and homosexuality in the past, and it remains a point of tension to this day. However, the popularity and success of artists like Lil Nas X—who officially came out as gay in 2019—has brought the issue out of the shadows and into the forefront of hip-hop conversations, making Rashad’s revelation less shocking than it may have been five years ago.

Lil Nas X’s diamond certified “Old Town Road” spent 19 weeks atop the Billboard Hot 100, the longest of any song since the chart’s debut. He’s also won two Grammy awards. 2021’s “Industry Baby” which came with a sexually risqué video and a feature by Jack Harlow climbed to No. 1 on the Billboard Hot 100 and was nominated for a Grammy. Nas X was also one of the most streamed rap artists of 2021.

Similarly, Isaiah Rashad’s sex tape has not had the negative affect that one might expect. According to the voice-over for Rashad’s pre-performance Coachella video, “The purpose of doing that was to embarrass him. However, it backfired. When his video leaked, his streams and everything went up. He’s up on the charts now.”