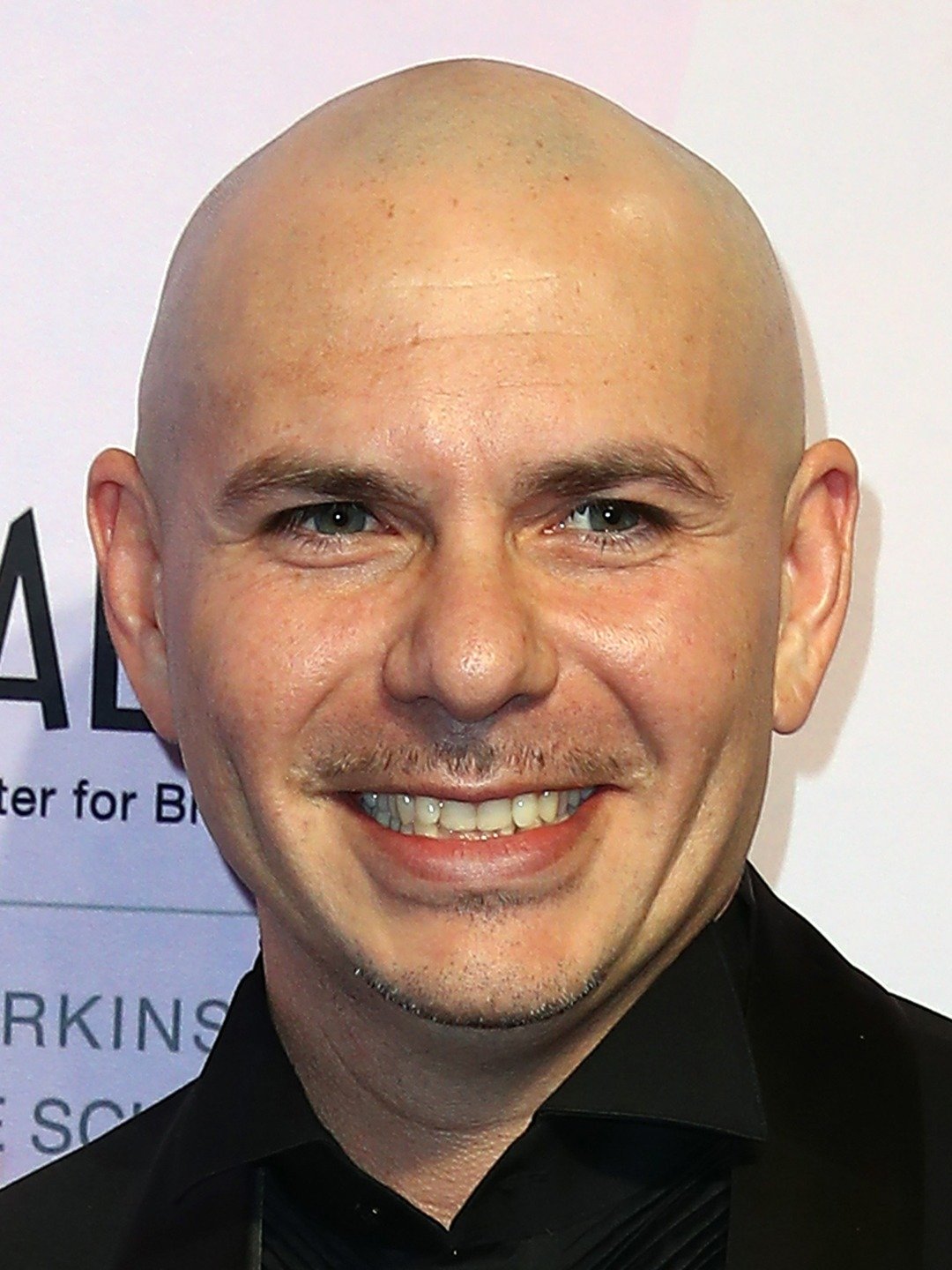 Here’s the thing about Pitbull… you either love him or you hate him. Hardly anyone has lukewarm feelings about him. He has a very different style than a lot of artists. His influences aren’t those of most rappers, and he derives his unique sound from a plethora of different musical sources.

To some, it doesn’t make sense and to others, it’s a perfect blend. It’s important for us to remember that music is art, and art is subjective. You can say Pitbull is the worst rapper alive, and you wouldn’t be wrong or right, technically. What you couldn’t say, is that he hasn’t been successful. Objectively, his career has been impressive.

Pitbull was born Armando Christain Perez on January 15, 1981, in Miami, Florida. His parents, Armando Perez (father) and Alysha Acosta (mother) immigrated to the States from Cuba. He lived with both of his parents until they separated when he was still in elementary school. After his parents’ divorce, he and his mother moved into a new home but remained in Miami.

Armando started getting into some trouble in his early teens. Like his father, he had gotten involved in drug dealing. When his mother found out, she put him out of her house and sent him to live with a foster family in Roswell, Georgia. He returned to Miami in time for high school, where he attended both South Miami Senior High School and Miami Coral Park High School.

Like most artists, he had made up his mind about what he wanted to do before he received his high school diploma. By the time he graduated, he was already writing songs and had developed the stage name “Pitbull”. He chose to name himself after the dog breed because,

“(Pitbulls) bite to lock. The dog is too stupid to lose. And they’re outlawed in Dade County. They’re basically everything that I am. It’s been a constant fight.”

Growing up in the streets of Miami was rough. It’s where he learned that common sense and charisma would get him further than anything he could learn from a textbook. Intellectuality wasn’t essential to the plans he had for himself. I’m not accusing him of being stupid, of course. Although…he named himself after a breed of dog that he said himself is stupid…I digress. The point is, he’s tough. Pitbulls are tough. It makes sense.

Despite the trouble he had gotten in already, Armando quickly realized that music would be his ticket out of the cut-throat world of drug dealing, and he began working on his career as a rapper.

In 2001, Pitbull sent his mixtapes to Luke Records, where he later met a man named Robert Fernandez. Robert Fernandez worked at an independent label called Famous Arts and Music Management. It was not the typical record label, though. They were also a management company that focused on developing artists.

They worked with Pitbull to make his sound less raw and edgy, and more catchy and palatable. Keep in mind, this was the early 2000’s. This was during the era where pop music barely existed. Rap and hip hop were the new pop. Everyone was writing their lyrics a little cleaner and making their beats a lot more intricate. A lot of artists and producers, in their attempt to get more rap into the mainstream, used the tactic of sampling.

When they sampled older, well-known beats and choruses in their songs, it created a feeling of familiar fun which was something everyone could relate to. It was also a lot easier to get radio play. This was hands down one of the most genius moves ever made in the history of producing music. Many producers used this strategy, and it’s just about impossible to say who did it first. However, Sean “P. Diddy” Combs was among the first.

Pitbull worked hard, and his enthusiasm and drive were radiant in everything he did. Because of this, he stood out. This earned him the opportunity to meet Atlanta rapper Lil Jon. When they met, Lil Jon was impressed with Pitbull’s skills and drive. So much so, that Pitbull was invited to feature on his album, Kings of Crunk.

He nailed his intro spot on the 2002 album, which earned him his own song on the album, called “Pitbull’s Cuban Ride Out”. This song helped get him the clout and attention he needed to take his career to the next level.

In 2004, Pitbull released his first solo album, M.I.A.M.I (Money Is Always A Major Issue) with a major label. The singles from this album include

It was different and…. to say the least, the tour was founded by Limp Bizkit, Papa Roach, and Eminem (when he was in his “Eminem Show” phase). These were the sounds of a generation. Ask any millennial. You know exactly where you were the first time you heard songs like “Nookie” by Limp Bizkit or “Without Me” by Eminem. Pitbull was lucky to be a part of something like this. What a time to have been alive.

After the success of M.I.A.M.I, Pitbull released a remix album, Money Is Still A Major Issue. The album was pretty successful, and a nice distraction from the legal battle going on between Pitbull’s former and current record labels. In short, his old label had recordings they wanted to release and his current label tried to stop them. A judge ruled that since Pitbull was still an artist with the label at the time it was recorded, they had the right to release the album.

This was one of the things that inspired Pitbull to start his own label. So, he did. He teamed up with prolific hip-hop producer, Sean Combs, and started Bad Boy Latino. Bad Boy Records is the record label owned by Sean Combs, so this new label was basically another branch of the original. Bad Boy Latino would be focused on artists that performed both hip hop and pop, but with a Latin twist.

Pitbull’s next big project would be to feature on DJ Khaled’s debut album. After that, he started working on two brand new solo albums. The first one, El Mariel, which he dedicated to his father who had recently passed away, was released on October 31, 2006. The singles from this album were

El Mariel was slightly different from anything we had come to expect from Pitbull. There were still the amped-up blends of hip hop and house electronica, but there were also a few tracks that were politically themed. It peaked at number 17 on the Billboard 200 chart and at number 2 on the rap chart.

A year later, he finished recording and released the second album he had been working on, The Boatlift. On this album, he focused more on the traditional style of rap rather than what everyone else was doing to sell records. This album sounded more like a passion project than anything else. This isn’t to say that it wasn’t good or successful, it just sounded honest and raw.

What this album had in common with the others, was the fact that it was full of features and catchy singles. The singles released from The Boatlift were

In the same year, he also had his own TV show on Universo, a Telemundo subsidiary of NBC. The show was called Pitbull’s La Esquina, and it lasted for two years before being canceled.

I Know You Want Me

Pitbull released his fourth album in 2009. The album was called Pitbull Starring in Rebelution. And this was it. This was the one. He had plenty of notable success before. But this is when he released the song that is responsible for letting the entire world know who he was. For some, it was a blessing and for others, a long-lasting curse.

Pitbull dropped the single “I Know You Want Me (Calle Ocho)” and the whole world caught on fire. It peaked at number two on the Billboard Hot 100 and peaked in the top ten on the charts in

We all know the song. If you’ve ever been anywhere when electronic dance music and/or hip hop was being played, you’ve heard this song.

Once again, this prompted him to start his own label. He started Mr. 305, Inc. After becoming a household name, accolades were falling into his lap from every direction. The Miami Dolphins wanted him to compose a fight song for their team, every artist was eager to have him feature on their songs, and he even got a key to the City of Miami.

Some of the songs he featured on, immediately following the release of this album were

The next year, he released a Spanish album called Armando that earned him plenty of praise from the Latin music community. He was the most nominated artist at the Billboard Latin Music Awards, and he also won an award for “Most Popular Artist” and “Best Vocal Event” for his feature on the song, “I Like It” by Enrique Iglesias.

Before we knew it, it was 2011, and his sixth album, Planet Pit was released on June 17th. Singles from this album include

Speaking of Marc Anthony, Pitbull featured on a Jennifer Lopez song called, “On the Floor”, which was arguably the biggest song of the year. As a matter of fact, it turned out to be the highest-ranking song of J.Lo’s career, according to the Billboard charts.

After the release of this album, Pitbull found himself back in court. This time, it was because Lindsay Lohan was suing him. She believed that because he said, “I’ve got it locked up like Lindsay Lohan”, in the song “Give Me Everything” it meant that her name was being slandered and she deserved to make profit off of the song’s success as long as her name was going to be mentioned in a negative manner in the lyrics.

The judge decided that Pitbull was within his first amendment rights to say what he wanted about Lindsay having been “locked up”, and the case was dismissed.

Pitbull named his seventh studio album after the Global Warming epidemic because “just like global warming, I’ve been around for a while, but people are just now starting to notice me,” he said. And he was right. This was his seventh album, and he was just now in the middle of breakout success. This album was about to make it much, much hotter.

The most popular songs from this album were

The next year, he released a follow-up album called Global Warming: Meltdown which, among other singles, included a track titled “Timber” featuring Ke$ha. On a personal note, that song played at the nightclub on my 21st birthday while I was in the bathroom nearly dying of alcohol poisoning.

I understand that my story may not resonate with everyone, but for everyone between the ages of 28-33, it probably does. It should be a common game that millennials play, called “Name the specific kind of liquor you can taste and smell as soon as “Timber” starts playing. I promise you, we all have an answer. Midori and tequila.

Love him or hate him, Pitbull provided a sound for a generation. Specifically, a generation of Latinx listeners. There may be little nuances in his music that you either don’t pick up on, or don’t particularly care for, but that’s ok. Not every artist is for everyone. The fact that he represented Latin music in a mainstream pop and hip hop community, and did it so successfully, says way more about him than the naysayers ever could.