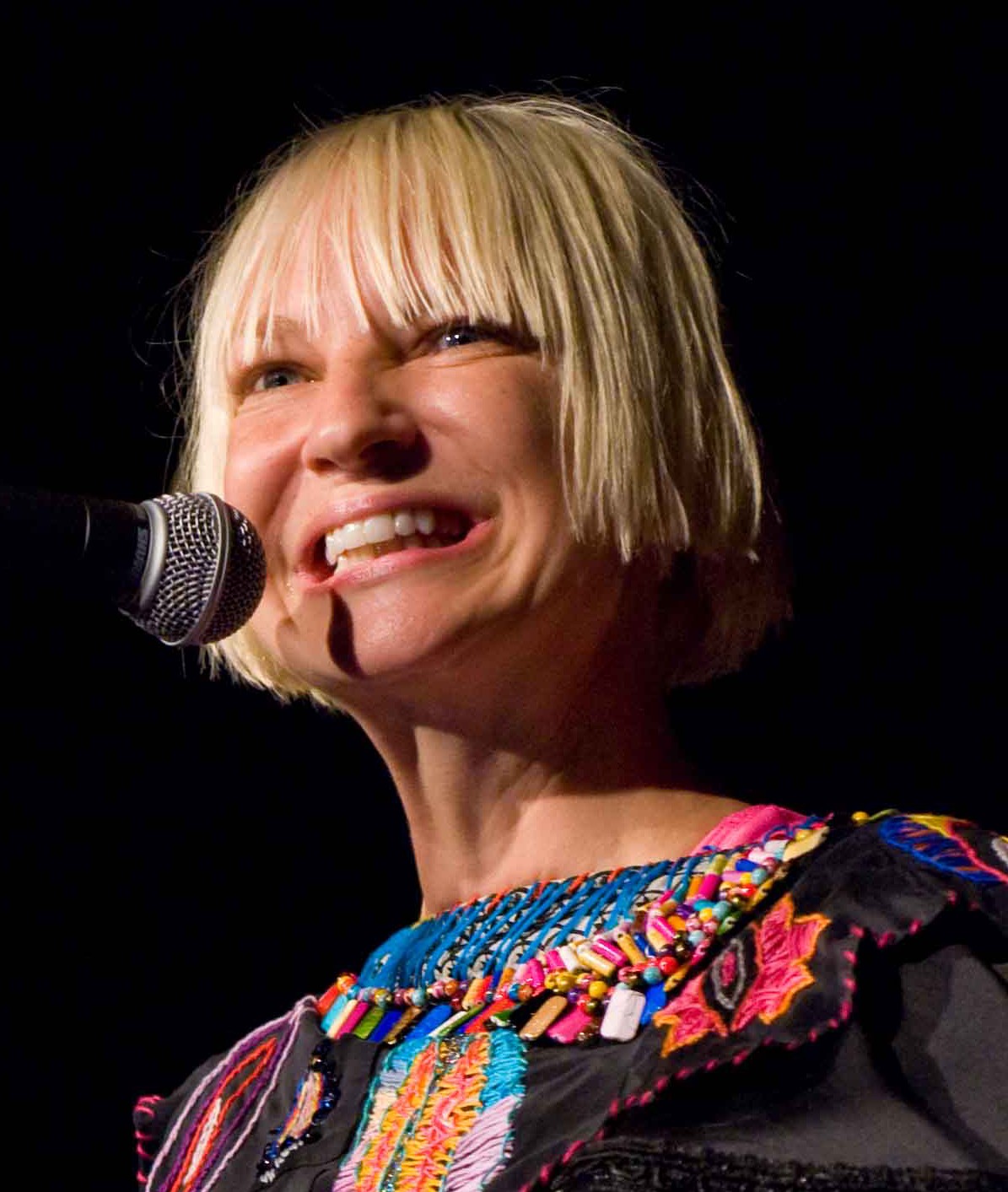 Sia has become very well known for her powerful vocals and gut-wrenchingly beautiful lyrics. Her songs are heartfelt and heartbreaking. From her interesting hairstyles and costumes to her music videos which are some of the best visual art our generation has had the pleasure of witnessing, Sia has shaken us to our core with every song she writes. This is a timeline of a legend being born, and rising to superstardom.

Sia Kate Isobelle Furler was born in Adelaide, South Australia on December 18, 1975. Her parents, Phil Colson and Loene Furler, both worked in the arts.

Her father was a musician and her mother was an art lecturer. They raised Sia to have an appreciation and understanding of art, as was a tradition in their family. Her father was friends with musical artists like INXS and Colin Hay, the lead vocalist of Men at Work. Her family was so close with Hay, that Sia grew up knowing him as “Uncle Collie”.

Sia attended Adelaide High School and graduated in 1993. A few years later, she joined an Adelaide based jazz band called “Crisp”. Four years later, Crisp disbanded and Sia released her first album, the only album she ever released under her full name, OnlySee. Unfortunately, the album only sold 1,200 copies and didn’t garner much success.

After feeling the perceived failure of her first recording project, Sia decided to move to London with her boyfriend. About a week before Sia was scheduled to leave Australia to start a new life with her boyfriend, he tragically died after being hit by a car. This event would be a pivotal point in not only the path of Sia’s personal growth but her career as well.

In 2000, she signed a contract with a record label called Dace Pool, a subsidiary of Sony. She released her first solo album called, Healing Is Difficult. There were two hit singles from this album:

The second single, “Little Man”, was remixed by a popular house music artist in England called “Wookie”, and it became a widely known song to those who frequented dance clubs. Although this song was turned into something fun to dance to, the other songs on the album were heavy and deep, and a result of the grief she was carrying over the death of her boyfriend.

Unsatisfied with the way the album was promoted, or not promoted for that matter, she fired her manager and left her record label.

With her new label, Go! Beat Records, she released a new album called Colour the Small One. The album was released on January 19, 2004. There were four singles from this album:

Her single, “Breathe Me” garnered attention from music lovers in the United States when it was played in the season finale of HBO series, Six Feet Under. This prompted her album to be released in the US in 2006 with two extra singles called “Sea Shells” and “Broken Biscuits”.

By this time, Sia had moved to New York, because she felt as if she had a better chance of being successful in the US. Sia went on later to say that moving to New York and having her song “Breathe Me” featured on a TV show breathed life into her “dying career”.

After the release of her third album, Sia put out recordings of her live shows and made a few low-budget music videos on DVD. In 2008, she released her fourth album, Some People Have Real Problems, which had four singles:

This album was the one that people would often mistake for her “first album”. It was the first album that was successful enough for it to be easily found in record stores and streaming services.

The inspiration for the album was the idea that so many people get hung up on minor inconveniences that ultimately, don’t matter. Sia felt particularly irritated by this, as she was dealing with grief, alcoholism, and a career that she believed had fallen flat and died, in spite of her doing everything she could and giving everything she had just to keep it alive.

She wanted to remind everyone, herself included, that some people have real problems, and it doesn’t make anyone feel better to complain and spew negativity.

Just when Sia felt like she was barely hanging on in her career, she caught the eye of mega pop star, Christina Aguilera. The “Genie in a Bottle” singer approached Sia and asked her if she would write for her on her next album, Bionic. She agreed, and the album was released in 2009. She also helped write the song, “Bound To You”, for the film Burlesque starring Cher and Christina Aguilera.

Songwriting came just in time, as a saving grace to Sia, as she was diagnosed with Graves disease as a result of her alcohol abuse. Graves disease is an auto-immune disease that can cause weight loss, bulging eyes, hand tremors, and anxiety. This made Sia feel very uncomfortable on stage.

Sia wrote the song “Diamonds”, which was performed by Rhianna and reached number one on the Billboard charts at number 1.

She released another album titled We Are Born which produced four singles and led to a tour in the US and Australia.

Shoot Me Down, But I Won’t Fall

After the success of this album, she was growing more and more insecure about her place in the limelight. She expressed that she wanted to live a more normal life. She was tired of having experiences taken away from her by fans who couldn’t help but make a spectacle of her any time they saw her in public.

She opened up about a particularly jarring run-in with a fan, where Sia was having lunch with a friend, who was right in the middle of telling her that she had cancer when a fan came to the table and asked if she could get a picture with the pop star.

That’s when Sia had finally given up on her career as a performing artist. She was falling deeper and deeper into her addiction and had started feeling like she wanted to end her life. She found a way to stay connected to music while laying low and keeping herself out of the spotlight, in hopes that it would be self-preserving.

Once she officially retired from being a recording artist, she wrote the song “Titanium”. The song was originally meant to be recorded by Alicia Keys, but once it landed in the hands of the producer, David Guetta, he made the decision that it would be released with Sia’s original vocals.

Her vocals were only recorded to provide an example of the melody for the song, but Guetta couldn’t accept that anyone else would sing the song because of the raw emotion in Sia’s voice. He felt as if no one else could replicate it.

After the success of “Titanium”, Sia agreed to release a song for the Hunger Games: Catching Fire called “Elastic Heart”. Maybe you’ve heard it. Following the success of this song, she released her next solo album, 1,000 Forms of Fear. The singles from this album were:

The music videos for these singles were the first time we saw what an amazing visual artist Sia is. From the costumes to the makeup to the interpretive dancing, the Sia experience became as aesthetically pleasing as it is auditorily pleasing.

Sia’s lead single, and possibly biggest hit of all time, is Chandelier. At first, when you hear the song, you think that it’s a fun song about drinking and getting so wild and having so much fun that you swing from the chandelier like a kid swings from monkey bars. Then you listen to the acoustic version.

The tone is so dramatically different, it becomes clear that the song is actually about the author being exhausted by keeping up with the lie she is living, so much so, that she gets drunk and hangs herself from the chandelier.

So…there’s that. You were probably today years old when you found that out. Now, go and tell everyone you know so that you all can cry together.

It was also during this time that Sia began wearing her elaborate wigs and hats to hide her face. This way, anyone who didn’t already know who she was, wouldn’t. For years, some of us had no idea what Sia looked like behind her disguises. Another helpful hiding tactic that Sia found was having Maddie Zeigler, a child dancer, perform in her place while Sia sang from somewhere in the background and Maddie wore wigs and outfits to match Sia’s.

Some backlash came from having a child dancer take her place, as some people accused Sia of unfairly and inappropriately exploiting a child. Sia has always been very candid about her relationship with Maddie, saying that Maddie is like the daughter she never had.

From the time she met Maddie, she could tell that she was talented and she knew that Maddie was determined to make a career for herself in the spotlight.

Because Sia knew how dangerous the spotlight could be, she was overwhelmed with the urge to protect Maddie and help guide her on her way to fame. Maddie’s parents have also attested to Sia being very maternal with their daughter and assuring that they have become very close with Sia as well, and they are always present when Maddie and Sia work together.

Her sixth studio album, This Is Acting, was released on January 29, 2016. Many of the songs on this album were written before she even planned on releasing any more solo albums, and they were meant for other people.

The title of the album was inspired by the fact that other people singing her words was like acting. They were the actors, and she was writing the script. The songs she released as singles were:

The song, “Alive” was co-written by British megastar, Adele, and was meant to be on her album, 25.

The concert tour for this album was called Nostalgic For the Present, and it spanned over 10 countries, lasting for almost an entire year.

She released the album in November 2017, just in time to Christmas as it was a Christmas themed album. For this album, she toured with Maddie Zeigler doing smaller concerts and spots on TV shows, such as The Ellen DeGeneres Show.

By this time, Sia had become more comfortable with showing her face and being sober. She has been known to credit her prodigy, Maddie for this.

Sia has worked hard on her own to overcome her grief and anxiety, but in large part, she has healed herself through helping Maddie. They look out for each other in different ways and are always grateful to one another for the support given and received within the work they do together.