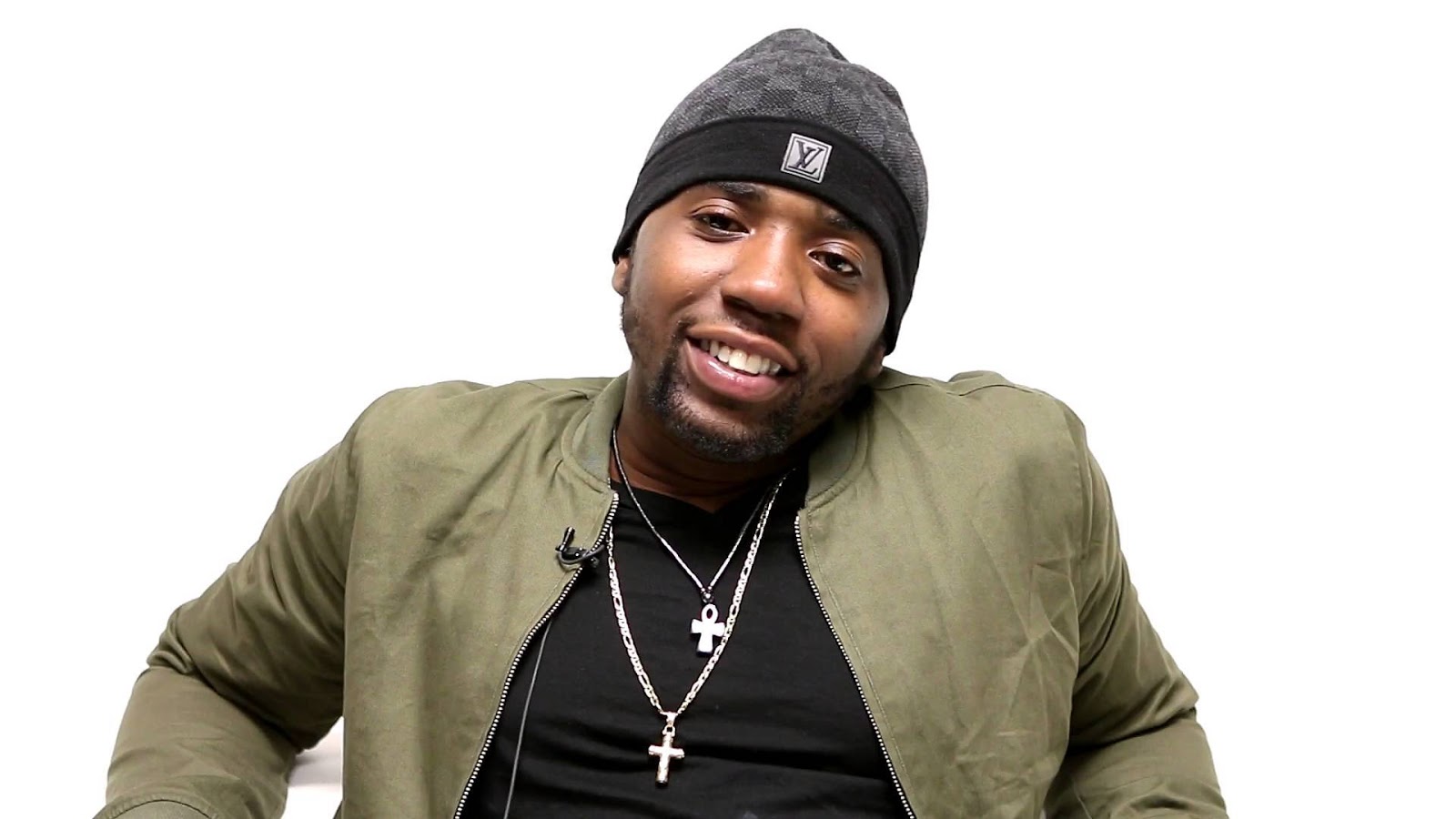 A man who loves his family, women, and his craft, YFN Lucci burst forward into the music industry with his diverse singles, hard rap tone, and surprisingly high and soulful singing voice. His dedication to his music is clear, but as a recent murder suspect, getting out new music might be a bit difficult from jail. Or maybe it’ll just fuel some new lyrics.

Rayshawn Lamar Bennett was born on February 16, 1991, in Atlanta, Georgia, to immigrant parents from Jamaica. He was raised by his mother, who he holds much admiration for. He had a hard childhood and grew up poor but not in poverty, and credits his mother for always keeping a roof over their head, food on the table, and presents under the Christmas tree.

Younger brother to rapper YFN KAY (also known as K), whom he had always imitated and admired growing up, Rayshawn grew up with hip hop music all his life. He found his own prowess for it at the age of 16, aided by a tape recorder that his mother bought him so he could pursue music along with his brother.

The Career of YFN Lucci

A career fueled by friends and hard work, YFN Lucci has so far made himself a contender in the music industry. Although he hasn’t garnered nominations at fancy award shows yet, many have ranked him among the best up-and-coming rappers of the time. However, you can’t be considered up and coming forever, so where will Lucci’s career take him?

Breaking Into the Music Industry

After seeing YFN Lucci’s skills on a John Popi 2014 mixtape, Johnny Cinco recruited him for a few guest appearances on his own work. Lucci credits Johnny Cinco with really getting him his start in the music game and for helping him long after his start, becoming a lifelong friend. With Cinco’s help and exposure from clubs he had frequented and asked to play his music, Lucci started to get locally famous. This newfound local fame led to a deal with Think It’s a Game Entertainment in 2014.

Gaining Popularity With Each New Release

YFN Lucci’s second mixtape, released in 2016, Wish Me Well 2, was the start to him really gaining attention. Although it only hit 183rd on the Billboard 200 Chart, the single “Key to the Streets” featuring Quavo and Takeoff became a hit, going platinum and reaching 70th on the Billboard Hot 100 Chart. It was popular enough to spawn remixes done by famous artists such as Fabolous, Lil Wayne, and 2 Chainz, among others.

2017 saw the debut of YFN Lucci’s first mini-album, Long Live Nut. With multiple guest stars, it hit 27th on the Billboard 200, and the single “Everyday We Lit” featuring PnB Rock became his highest-charting song on the Billboard Hot 100 at number 33rd. The song was even used on the HBO show Hard Knocks in 2017 when the Tampa Bay Buccaneers were the team featured for that season.

The first full-length studio album of YFN Lucci was released on March 9, 2018, called Ray Ray from Summerhill. It hit 10th on the Billboard 200 Chart, 6th on the R&B/Hip Hop Chart, and 6th on the US Rap Chart.

The year 2018 really highlighted Lucci’s trend of using collaborators and guest appearances to help boost interest in his albums and mixtapes. LucciVandross with Yung Bleu, being one such collaborative mixtape. It also was the year where Lucci signed with Warner Records Inc, formerly known as Warner Brothers Records Inc, marking a joint partnership between this new label and his former affiliation to Think It’s A Game Entertainment.

Best known for his high-pitched voice and familiar “Yea, Yea, Yea” lyric, YFN Lucci has been credited for his solid, diverse lyrics and beats. His voice is well-worn and unguarded, lending well to the distinct soulfulness found in his songs. Growing up with diverse music being played in his house, YFN Lucci likes to blend hip hop and R&B when he can, as seen in his rough street rap and surprisingly high and versatile singing voice.

His music ranges from lyrics blending in with the pain in his voice over losing a loved one to a tape with fun, easy-listening beats that you can party to. This diverse range in music shows what YFN Lucci really wants to portray – versatility. He wants to constantly change up his sound and lyrics, playing to all sorts of different demographics.

He wants people to remember him as a family man, someone who puts that over everything else. He claims that money isn’t as important to him as family and the music. His passion ranks above all. He wants to be one of the biggest rappers of all time because of his passion and dedication to the craft. He rejects the idea of rappers accepting handouts instead of working hard and persevering to make it in the industry.

Musicians that have influenced these thoughts and his music include Jeezy, T.I., Lil Wayne, Tupac, and other rappers who are storytellers.

In terms of his image, he’s good at being himself but elevated, so as to appeal to fans. He’s honest and on-trend. One of the best ways to describe his image is that he’s good at adapting. However, with his new murder charges, it remains to be seen how his image will adapt from such a grievous charge.

A stereotype surrounding rappers and their personal lives is that they love being famous and showing it off. Women and wealth, their two favorite things. Is this true for YFN Lucci? Well, maybe, especially with women. But is he a womanizer or merely a man who loves love?

The other stereotype surrounding rappers is that they have a tendency to get in trouble with the law. In YFN Lucci’s case… this has recently turned out to be very true.

YFN Lucci loves women, lots of them. He got two different women pregnant at the same time, and has four children to three different baby mamas whose names aren’t public knowledge. Two of his children, Liberty and Justice, often make appearances in his social media posts and at his shows.

His most public relationship has been an on-and-off-again coupling with Reginae Carter, the daughter of Lil Wayne. This relationship must feel like a godsend to Lucci, as Lil Wayne has long been an inspiration for him. And yet, the couple has dated on-and-off again since 2018, publicly feuding at times. Reginae has given some very personal interviews about why she doesn’t want to be with him anymore, saying she regrets letting him use her parentage as a stage to become more popular.

The main reason Reginae claims the two split up is due to some pictures that YFN Lucci posted when he hosted a cucumber party, where girls would do suggestive things with cucumbers in front of the men, among other things. He, in turn, responded that he didn’t do anything with the girls and was just hosting, so she shouldn’t have overreacted the way she did. Regardless, even with all that drama, the two are reportedly back together even now.

In 2020, a teenager was injured at YFN Lucci’s music video shoot because of a gun. Overall, around 21 bullets were fired, but luckily the teenager didn’t sustain anything life-threatening.

A scandal over social media ensued in 2020 when YoungBoy Never Broke Again released a freestyle rap where he spoke about Reginae Carter and how he wanted them to be together and have a child, creating a legacy. YFN Lucci responded on the post that YoungBoy NBA was really just a bitch in person. Neither YoungBoy NBA nor Reginae have commented on the post.

YFN Lucci’s biggest issue with the law to date was when he turned himself in on January 13, 2021, after he was connected to a murder scene that happened on December 10, 2020. The incident left one man dead and another injured. He’s thought to be a main suspect and faces murder charges, assault charges, gang activity charges, and firearm possession charges. He paid $500,000 to be released on bail until his next court date, and until then, must relinquish his passport and wear a GPS ankle monitor.

Lucci likes fashion and admires rappers that are able to make fashion their own. He describes his own style as cool but a bit gaudy, and enjoys exploring new styles and trends.

In 2018, YFN Lucci and Reginae Carter went to Jamaica so Lucci could better identify with his Jamaican roots. They posted loved-up videos and pictures on social media to document their time there and showed that YFN Lucci did, in fact, meet some extended family.

In 2020, Lucci finally decided to get rid of his permanent diamond grill, something that his fans had not been a fan of since he got it in 2019. Something that cost him so much money also cost him a lot of pain in the end.

Whereas Covid-19 is the biggest issue for musicians during this time, in YFN Lucci’s case, his biggest issue is the fact that he’s a suspect in a murder case and is being tracked and prohibited from doing anything that could disrupt the case or court date. Therefore, he has no tour dates coming up.

Interestingly enough, YFN Lucci’s team was able to release a music video for his song “I Gotcha” on February 2nd. The lyrics talk about himself and his journey while video clips of his mom, children, friends, and other family are shown. The timing of the video and the content within suggests that it was released to elicit sympathy for the rapper and murder suspect. So far, that seems to be working very well, with the comment section mainly showing comments that are from his fans asking for his freedom, that he’s innocent until proven guilty.

YFN Lucci Has Nothing Left to Prove: Interview | DJ Booth